Five MLCC manufacturers and Continental Automotive company as user representative discussed the MLCC Class II DC BIAS & Ageing Capacitance Loss as the Hot Panel Topic during the past 2nd PCNS Passive Components Networking Symposium 10-13th September 2019, Bucharest, Romania. The observations and comments have been summarized as an “Open Letter to AEC-Q200” to follow up the topic in wider automotive industry board.

Over the past years, multi-layer ceramic capacitors have undergone significant improvements. The volumetric density has increased several folds. This unfortunately resulted in a big increase in DC and AC bias sensitivity for many parts. In particular, X5R and X7R parts which previously showed only modest bias dependence, exhibit significant capacitance drops. This creates additional challenges for users during the design-in and validation phase.

In consequence, what can be considered as an enabling technology for consumer and wearable applications may pose some risk, if not appropriately designed, in critical safety applications in automotive, medical, aerospace, defence or industrial sectors, that are also in need for continuous miniaturization, but has to make their designs under the worst case scenario.

Measurement of Capacitance versus high DC BIAS in mass production present a considerable technical and economical challenge for MLCC manufacturers on the other hand, to be able to 100% guarantee its performance. Manufacturers developed sophisticated software tools to simulate individual part number behaviour at the selected conditions, nevertheless these are so far presented as “typical characteristics” as the best state of the art today.

There is continuous effort to find a common industry approach on handling the MLCC class II DC/AC BIAS ageing issues, especially among the automotive industry. Thus, the next proposed step is to involve AEC-Q200 committee members in wider discussions to recommend a common specification requirement approach between electronic designers / customers and manufacturers across the industry.

More details about the phenomenon has been published in EPCI paper and white paper here. 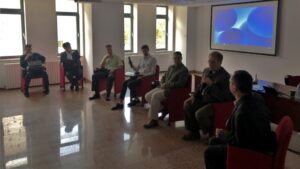