Since the first successful ACCEDE event in 2019, the usage of Commercial Shelf (COTS components) EEE parts in space applications continues to increase. Furthermore, both: companies and institutions are hardly working on getting knowledge and finding methodologies to safely use them, not only for addressing the needs of the so-called “New Space” programs such as constellations and/or nano & small satellites but also for reaching the technical challenges in the more classical space missions and applications.

Nowadays, space is recognized as a highly competitive sector, continuously asking for higher performance figures while reducing the overall cost from mission inception up to end-of-life decommissioning. Such a trend has consequences at all levels, including selecting and procuring building blocks and components.

In parallel, EEE parts designed for ground applications such as automotive, data handling, and other high-demanding sectors show engaging performances and high-reliability levels when produced in massive quantities and while subjected to ad-hoc qualification schemes (for example, AEC Q, but not only).

In the meantime, several events have occurred: the ECSS-Q-ST-60-13 was deeply reviewed, and it is in the process to be updated, recognizing in a certain way the AEC Q system. Numerous initiatives have also been put in place: Space2motion at German Space Agency, OSIP call at ESA, …. constellations model missions are growing: Starlink, OneWeb, or Kuiper, and missions start to produce relevant data.

Although we could see the direct use of COTS as a solution, there is still a gap to be covered to allow a more frequent usage of COTS components for space applications.

With this in mind, the workshop intends to act as a forum for experts to share their experiences and forecast based on facts and technical evidence.

>> Know all the Speakers and their talks << 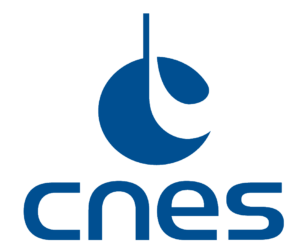