Ceramic Class 2 capacitors can be divided into two main groups, one with a moderate temperature dependence for the class – ΔC ≤ ±15% within the temperature range – and the other with such changes that only a fraction of the capacitance remains at the temperature limits. The first group is in our tables and diagrams represented by the ceramic type denominated X7R or 2C1, the latter by Z5U or 2F4.

Class 2 capacitors are characterized by high dielectric constants, often designated with a K followed by the εr. Hence K2000 means εr ≈ 2000. The temperature dependence of the capacitance is large. Therefore EIA characterizes the ceramic with three characters that in order to state the lower and the upper limit of the temperature range and last the capacitance change within the range.

Example: X7R means with EIA designations the temperature range -55/+125 °C where the capacitance change maximum ±15%, provided the DC voltage is zero. The EIA code doesn’t take into consideration that the Class 2 ceramic reacts with capacitance reduction to DC voltages.

On the other hand, certain other standards do. Here some examples.

Table 2. Comparisons between ceramic classes. ΔC versus temperature and VDC.

There are within these groups many more materials, for example, the recent material Y5V, but in our diagrams and table information, we mostly will confine ourselves to X7R/2C1 and Z5U/2F4. By specification, Z5U is situated within a more limited temperature range than 2F4 but this has to do only with the specified ΔC, not with its capability to stand up to lower temperatures.

If we can accept the capacitance changes caused by cold the ceramic will stand -55°C. In the diagram section, we shall look closer at the temperature dependence of the capacitance. The upper-temperature limit, however, should not be exceeded. The capacitance tolerances for X7R usually are ±5, ±10 or ±20%. Usual Z5U tolerances are ±10, ±20 or -20/+80%.

The dielectric absorption is high:

That the measuring voltage is specified and limited depends among other things on the capacitance which changes with applied alternating voltage. See examples in figures 1 and 5.

Figure 1. Examples of ΔC versus measuring voltage for X7R/2C1 with different rated voltages.

Figure 2. Examples of ΔC versus electric tension for Z5U/2F4 with different rated and reference voltages.

The dependence of capacitance on an applied voltage

The different types of Class 2 ceramics are based on barium titanates. Their crystalline structure is constituted by dipoles that at the polarizing present a dielectric hysteresis. With pattern from the hysteresis curve of magnetic materials, they are called ferroelectric.
Figure 3 shows the capacitor charges versus applied voltage. 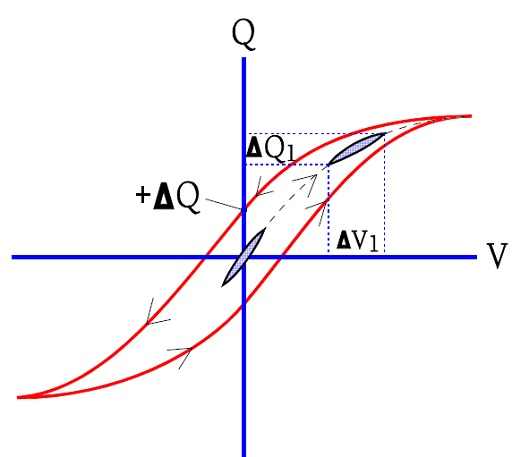 When the voltage increases from zero to a limit value and then decreases, the charging curve follows another branch that at the voltage V = 0 leaves a residual charge + ΔQ. An alternating voltage of the same magnitude will force the charging curve along the outlines of the large hysteresis loop in the figure.

If the alternating voltage is small and the DC voltage = 0, the hysteresis loop will follow the small oval in the center of the figure. Small voltage changes correspond to large charge changes, i.e. to a high capacitance. But if we superimpose a small alternating voltage on a considerable DC voltage we see how ΔV1 corresponds to fainter charge changes ΔQ1. The capacitance has dropped.

Figure 3 shows how the ferroelectric material locks a residual charge ΔQ on the electrode surface when the voltage over the capacitor recedes to zero (outer circuit short-circuited). In other words, it’s a question of dielectric absorption (DA). But there is a difference, too.

The ferroelectric curve swings to the V axis while the general DA curve looks like a magnified picture of the center oval. In both cases, the bound residual charge ΔQ is time-dependent. If the outer circuit is short-circuited (V = 0) successively charges on the electrode surfaces are set free while ΔQ decreases.
The ferroelectric energy absorption is polarity dependent. Thus a complete re-polarizing will require more energy than the initial polarizing. But in, for example, D/A converters the pulse time may not be sufficient for a satisfactory re-polarizing.
The considerable dielectric absorption that exists in Class 2 ceramics makes them directly inappropriate for precision integrators like D/A converters, especially if there are positive and negative pulses. The crystalline structure of ferroelectric materials is maintained up to the Curie temperature.

If we expose a Class 2 ceramic material to an electric field strength it will cause faint movements in the ceramic. Inversely a mechanical pressure will create electric charges in the capacitor. The phenomenon is called piezoelectricity. BX ceramics (K900⋅⋅⋅⋅⋅⋅⋅⋅⋅K1800) exposed to chock/vibration produced in an experiment output voltages up to 40 mV3.

If we connect an X7R capacitor to an oscilloscope and bang a hammer on the component we sometimes get high voltage spikes, sometimes not. It depends not only on the way the blow hits but varies from one sample to another. The output voltage is both manufacture and batch dependent.

We showed just with reasoning around the ferroelectric curve how the capacitance decreased with an increasing DC voltage. How the DC voltage influences the capacitance is shown in Figure C2-92. Notice how specification requirements of voltage dependence effect in other respects equivalent materials.

Alternating voltages create a reverse effect than DC voltages on the capacitance.

Figure 5. Examples of ΔC versus AC voltage in percent of the rated voltage VR.

Let us emphasize that Figure 5 represent one example. Great variations may occur. In any case, the significance of norms for measurements of capacitance is obvious. At IR measurements and voltage tests, MIL and IEC/CECC specify a charge and discharge limitation of maximum 50 mA.

Commentary: The limitations are questionable. Some manufacturers have chosen to delete these requirements in their catalog sheets. Some even specify voltage rise times of 1000V/μs which for capacitances above 1 nF means surge currents ≥ 1A!

If your application requires considerable charge/discharge currents, please check with the manufacturer – or test for yourself – what the capacitor can stand and restrict the application to single pulses. Class 2 ceramics don’t stand intense periodic pulse load.

Class 2 ceramics lose capacitance with time. The decrease is called aging. It is conformable to a logarithmic law and decreases with a certain percent per time decade. 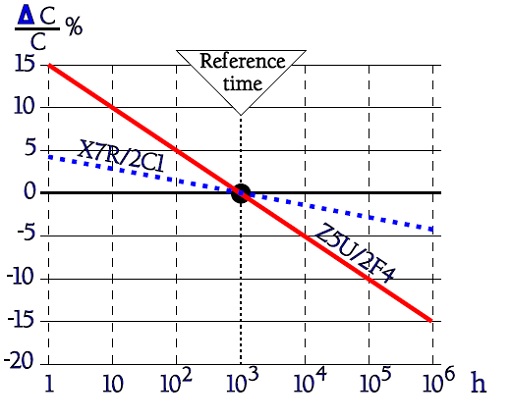 Figure 6. Example of aging diagram for X7R and Z5U ceramics. 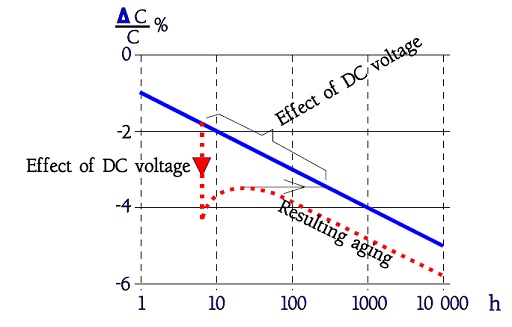 Figure 7. Aging effect from a momentary DC voltage in the magnitude of VR.

The capacitance decrease is defined with start 1 hour after cooling. In order to avoid disputes about delivered values relevant norms state that the value shall be guaranteed at the 1000 hrs point. With starting-point from the formula, the 1000 hrs value then is calculated as

In Table 2 it was accounted for the effect of DC voltages. If a temporary DC voltage in the magnitude of VR is applied there will be a lingering effect in the form of a capacitance decrease more or less as if the component had been aged for 1⋅⋅⋅1½ time decade (Figure 7).

In the figure, we also see how the capacitance value increases to some extent when the DC voltage – here approximately VR – is removed.

The increase can amount to approximately

The aging starts by definition 1 hour after cooling. Now if we heat a capacitor above the Curie point and let it cool, the crystal structures orientate themselves in the same way as after the manufacture and the capacitance resume its initial value before it, again, starts subsiding in accordance with the aging curve. One talks of “de-aging”.

Mind that every soldering of chip ceramics result in a deaging. De-aging effects may be evoked already in the lower part of the Curie range if the distance to the Curie point is compensated by a corresponding increase in time.

Capacitance versus temperature and voltage 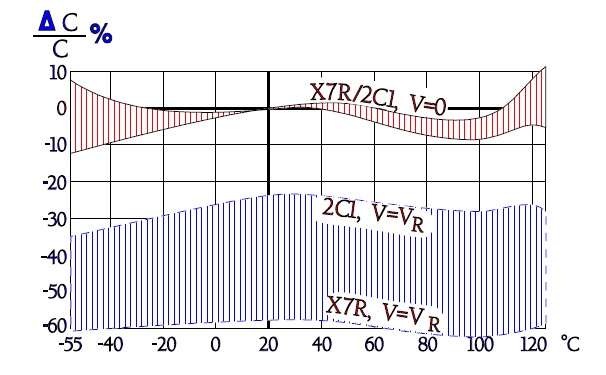 Figure 8. Typical curve range for capacitance versus temperature in X7R/2C1, with and without rated voltage applied. 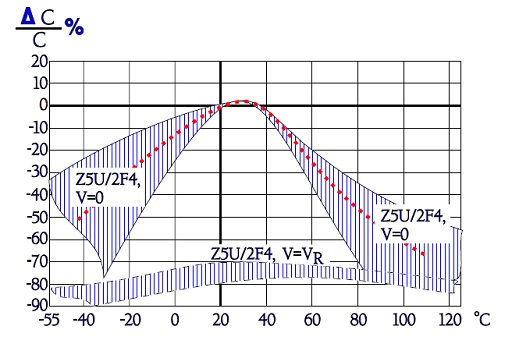 Figure 9. Typical curve range for capacitance versus temperature in Z5U/2F4, with and without rated voltage applied.

Figure 10. Typical curve ranges and average curves for Tan δ versus temperature in X7R/2C1 and Z5U/2F4. 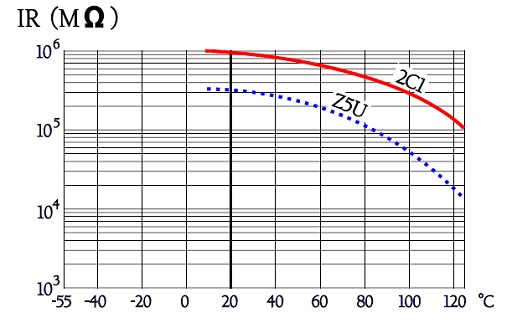 Figure 11. Typical examples of the IR versus temperature in ceramic chips.

Capacitance and Tan δ versus frequency

Figure 12. Typical curve ranges for capacitance and Tan δ versus frequency in X7R and 2C1 ceramics.

Impedance and ESR versus frequency 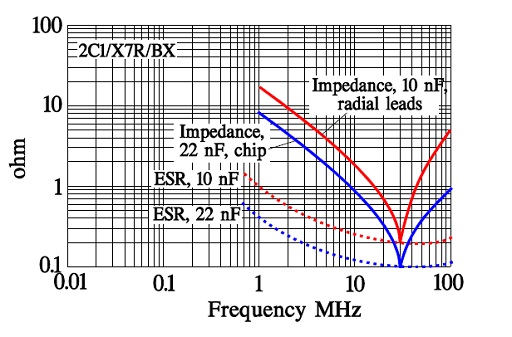 Figure 14. Examples of impedance and ESR versus frequency in X7R and 2C1 ceramics. 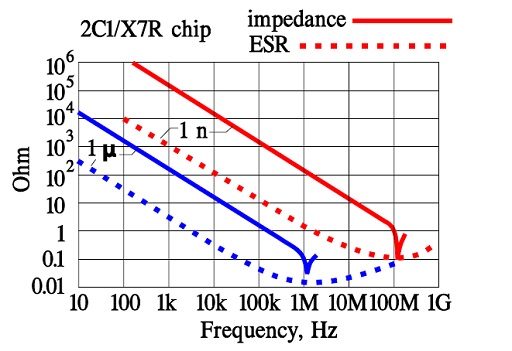 Figure 15. Other examples of the frequency dependence for impedance and ESR. 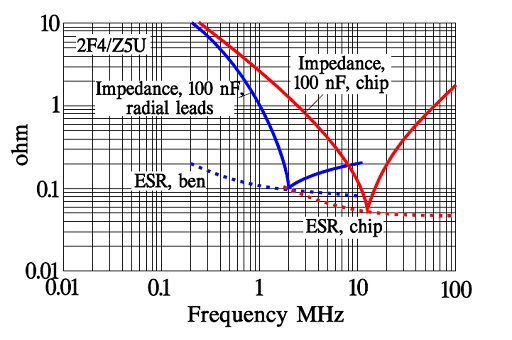 Figure 16. Examples of the frequency dependence of impedance and ESR in 2F4/Z5U ceramics. 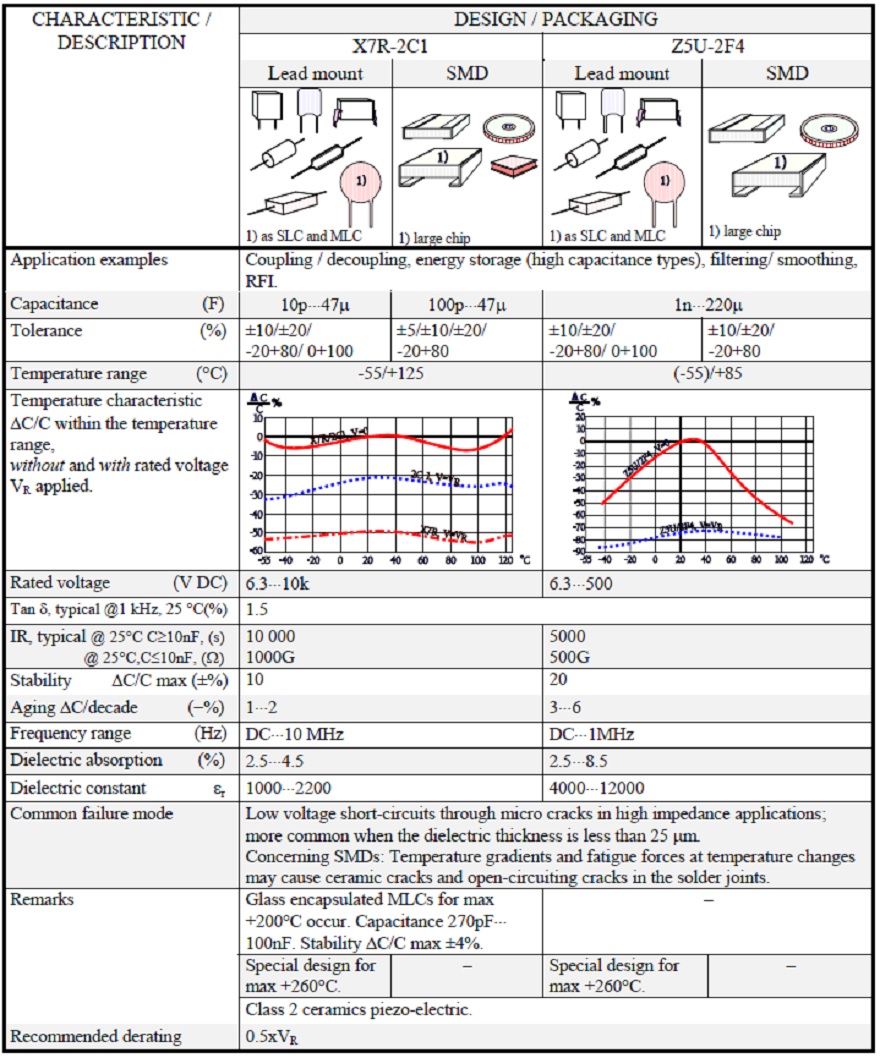