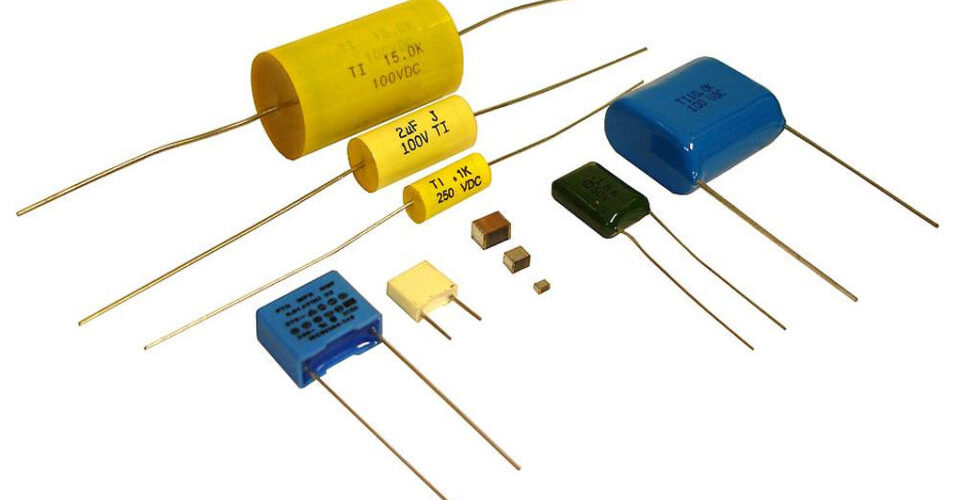 The global capacitor industry – which for the purposes of this article includes ceramic, aluminum, tantalum and plastic film capacitors of all types and configurations – accounted for approximately $30 billion USD in global revenues for FY 2019 (ending March), with almost four trillion pieces shipped and two trillion pieces consumed.

This MarketEYE article summarizes the historical methods by which capacitor manufacturers have increased profitability in each capacitor dielectric over the past 30 years. The data is sourced from Paumanok Publications, Inc. archives of annual market research studies, market and technology presentations, monthly market reports and from the archives of Passive Component Industry Magazine LLC.

Raw material costs represent the largest single cost factor in the production of capacitors regardless of dielectric. The reader will notice that many historical methods for cost savings and increased profitability are related to management and manipulation of the costs associated with buying and processing raw materials, including feedstocks, engineered dielectrics, cathode materials, additives, electrodes, terminations and leads.

Aluminum electrolytic capacitors are among the most complex of all passive electronic components, requiring multiple technological capabilities under one roof to produce. This includes the knowledge of chemically etching and forming anode and cathode foils (a very specialized process); the application of electrolytes, including water, alcohol and polymer-based materials; and additional exotic materials requirements, such as knowledge of separator papers, rubber stoppers, aluminium cans, tabs and lead wires.

Highest Variable Cost is in Foils

In multiple studies by Paumanok Publications between 1988 and 2019 on the subject of aluminium capacitors and the costs associated with their production, the following cost-saving measures have proven to be most effective in increasing the profitability of aluminium electrolytic capacitor manufacturers. The largest cost factor associated with the production of aluminium electrolytic capacitors is the variable raw material cost, and the largest variable raw material cost is etched aluminium foils.

Many of the top vendors of aluminium capacitors etch their own anode and cathode foils as a way to cut costs. In-house etching of anode and cathode foils requires chemical expertise and low-cost energy as etching and formation are technically-demanding electricity-intensive practices. There is movement in the industry toward etched and formed foil in nations with extremely low energy costs; this process is also designed to decrease costs because electricity consumption is a key cost factor in forming capacitor foil.

Another method of cost savings employed by global manufacturers of ceramic capacitors includes the intentional production of large volumes of ceramic chip capacitors in low-cost production regions of the world (Korea, Philippines, Thailand and China are good regional low-cost production bases for MLCCs). The high level of automation in the equipment used to produce MLCCs also makes a difference in the overhead, variable labour and subsequent electricity costs associated with production.

Global aluminium electrolytic capacitor production is dominated by only four players and they are all Japanese producers. This has remained unchanged for at least 31 years. One method that they employ to achieve better costs with all raw material vendors is production in massive economies of scale. This gives each manufacturer massive buying power when it comes to feedstock materials such as bauxite, or high purity aluminium sheet; or chemical precursors for chemical electrolytes; rubber materials for stoppers, or speciality lids and sealers for aluminium cans.

It is difficult to find cost savings for the production of tantalum capacitors, because unlike the other capacitor dielectrics, it is extremely difficult to produce capacitor grade tantalum metal powder, requiring a level of expertise that is considered advanced among metallurgists. The chemistry and processing capabilities to create tantalum pentoxide—the active ingredient in tantalum capacitor anodes—are significantly advanced and require a level of expertise that is beyond the capabilities of many governments, much fewer trade vendors. Therefore, the number of active production facilities that can produce capacitor grade powder and wire is limited worldwide to Japan, Germany, China and the USA. However, the vertical integration of a smaller tantalum powder producer into the largest tantalum capacitor manufacturer has shown, through presentations and reports to the financial community, that such actions can produce significant cost savings over time by eliminating the premiums associated with the merchant market.

Tantalum wire production also has become more prevalent in the supply chain with more capacitor manufacturers bringing wire drawing capabilities in-house. This is prevalent in the tantalum supply chain because of the dwindling number of merchant vendors of tantalum wire. Tantalum wire is necessary for the production of both moulded and coated chip capacitors because it acts as the lead wire from the anode to the lead frame.

A gas infusion process for the application of conductive polymers into the porous structure of tantalum anodes generates a higher margin than the alternative monomer and polymer “dipping” process due to the excessive waste stream associated with impregnating anodes by a chemical bath. Manufacturing facilities that employ dipping processes to impregnate porous-structure anodes with conductive polymers have also taken steps to limit the number of dip cycles as a cost-savings method.

In the fragmented, fast-growing AC film capacitor segment, the markets, technologies and opportunities of polypropylene dielectric plastic film capacitors have been well documented in studies by Paumanok IMR over the past 30 years, including both dry and liquid-filled designs for use in a variety of electrical systems.

Ceramic capacitors are electrostatic components, produced in multiple configurations including surface mount multilayered ceramic chip (MLCC) as well as axial and radial leaded designs. Ceramic capacitors, especially the ubiquitous MLCC, represent the most commonly consumed capacitor by type worldwide in FY 2019 in terms of both value and volume. All other capacitor markets are considered niche when compared to ceramic capacitors.

Here is a summary of methods by which ceramic capacitor manufacturers have reduced their respective cost structures and increased profitability over the years.

One proven method of achieving cost savings is for the manufacturer to produce composition type formulations in-house instead of sourcing them from the merchant market. Ceramic formulations include X7R, X5R, Y5V and COG type materials, as well as a variety of speciality formulations that can be manipulated for ceramic capacitors to be used in specialized applications, such as high-temperature, high-voltage and high-frequency circuits.

Another method, practised in Japan, Korea and China, for example, is to have the in-house capability to precipitate advanced forms of barium titanate, such as those created by the chemical oxalate or hydrothermal process. In this case, profitability comes from eliminating the premiums paid to merchant market vendors of advanced barium titanate. This method also allows advances in “green-sheet” thickness and processing that would not be available by sourcing advanced barium titanate from the merchant market.

Precious Metals Displacing Base Metals in Electrodes and Terminations

Another traditional cost-saving method has been to use lower-cost nickel electrodes and copper termination powders instead of palladium electrodes and silver termination powders in any instance where there are a high number of internal layers to the multi-layered ceramic chip capacitor (i.e. in X5R, Y5V and high layer count X7R type ceramic capacitors).

This trend has been ongoing (on an industrial scale) since 1993, but more recently we have seen nickel electrodes displacing palladium-based electrodes in speciality markets such as automotive under-the-hood; defense (Mil-Spec), medical and oil & gas end-use segments, where previously customers had resisted such displacement because of the lack of lifetime performance data. However, base metal electrodes have been employed in real-world MLCC applications for more than two years now, and this is prompting customers to finally consider alternative base metals in the interest of cost savings.

Another method of saving money is in the use of massive tunnel kilns to fire large volumes of ceramic capacitors all at once instead of using smaller batch kilns. Primary vendors note that this process is largely successful when firing “high runners” or those capacitors that are consumed in large volumes. However, smaller batch kilns are still used, especially when the application is a speciality sub-set end-market that requires only a small number of pieces.

Due to the high volume associated with ceramic MLCC capacitor production, massive economies of scale can lower raw material purchases from the merchant market because of the manufacturer’s ability to buy in bulk.

A well-balanced portfolio allows the manufacturer to enter value-added and application-specific ceramic capacitor markets where margins are high in order to balance out lower margins in the mass-commercial markets. This is another strategy employed by vendors to increase overall company profitability by limiting the rate of decline in average unit selling prices compared to the rest of the market.

Another method of cost-savings employed by global manufacturers of ceramic capacitors includes the intentional production of large volumes of ceramic chip capacitors in low-cost production regions of the world (Korea, Philippines, Thailand and China are good regional low-cost production bases for MLCCs). The high level of automation in the equipment used to produce MLCCs also makes a difference in the overhead, variable labour and subsequent electricity costs associated with production.

This article illustrates the best practices for reducing costs in capacitor manufacturing in each dielectric as documented by market research reports produced by Paumanok Publications, Inc., over the past 31 years. The similarities among best practices by dielectric involve similar vertical integration of raw material engineering processes; massive economies of scale in production which, in turn, ensures the best possible pricing for variable raw material costs; and low-cost regional production.