Capacitors are essential components of a switch-mode power supply system. Both the input and output stages of an SMPS system have capacitors. At the input, a rectifier and a capacitor are used to convert AC voltage to DC voltage. The output stage consists of an LC filter, a combination of a capacitor and an inductor, that removes noise and ripple voltages.

A typical switch mode power supply system has the following key components: an input rectifier, an input filter, power switches, a power transformer, an output rectifier, output filters, and a control circuit. The input and output filtering capacitors of an SMPS are selected depending on the electrical performance requirements. These capacitors significantly determine the reliability of an SMPS system. 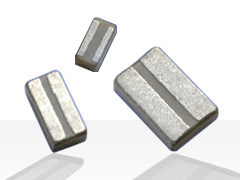 For a long time, power systems designers have used aluminum electrolytic capacitors for input and output filtering in switch-mode power supply systems. These capacitors offer a superior capacitance per unit volume, and they are inexpensive. The high CV of aluminum electrolytic capacitors is achieved by depositing thin layers of dielectric material on etched aluminum metal foils. The superior capacitance density and relatively low cost of these capacitors make them a popular choice for filtering applications in SMPSs.

Tantalum capacitors offer high levels of capacitance, and they are commonly used in SMPS filtering applications. A tantalum capacitor has a highly porous anode that provides a large dielectric surface area, hence the extremely high CV density. As compared to aluminum electrolytic capacitors, these capacitors have better performance characteristics for filtering applications in switch-mode power supply systems. Nevertheless, the cost of producing these capacitors is higher than that of aluminum electrolytic capacitors.

The construction process of ceramic capacitors involves firing them at high temperatures. The fired ceramic material is strong in compression but weak in tension. As such, subjecting these capacitors to mechanical stress can result in component failure. Moreover, the construction of ceramic capacitors increases their susceptibility to thermal shock. It is, therefore, important to consider operating conditions when selecting a capacitor for SMPS filtering applications. Furthermore, as compared to aluminum electrolytic and tantalum capacitors, MLCCs have lower CV density.