Crimped connectors are gas-tight junctions ideally protected against environmental contaminants and corrosive agents. Nonetheless inappropriate crimping and inherent connector and wire defects reduce this protection. Thus, depending of the storage atmosphere, non-conducting corrosion products can be formed, or stress corrosion cracking can be eventually induced. The former act as insolation layer that reduces the connector conductivity and both corrosion effects are identified as critical factors involved in common fails reported for electrical connectors. Similarly, organic surface contamination at the contact interface forming and insulation or low resistance layer may also impair the system performance.

Creep corrosion is related to platting and underplating defects that expose the base metal (Cu or Cu alloys) to oxygen or other corrosive agents. Typical Ni underplating blocks pore-initiated corrosion. However, when it reaches the base metal corrosion products may migrate towards the surface, which reduces the contact conductivity to a large extent as illustrated in the figure.

Galvanic corrosion is a corrosion process whereby the presence of an electrolyte (e.g. moisture) at the interface of two metals or alloys of dissimilar electrode potential promotes the accelerated corrosion of the one with more negative electrode potential (anode). In the case of crimped connectors such galvanic cells can be formed between the wires and the barrel (inadequate wire and barrel selection); or between the conductor base material and the corrosion protective coating (damaged plating). A typical example of a base-plaiting pair susceptible to galvanic corrosion is Cu and Ag which are responsible for the denominated “red plague”. 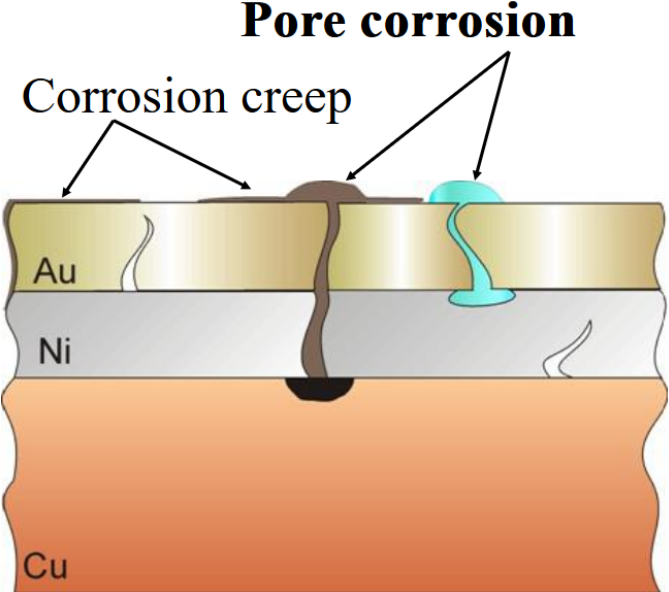 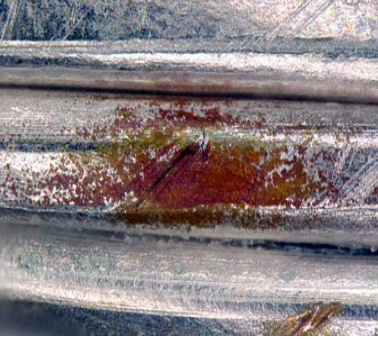 Look for in doEEEt the most appropriate component quality level for your application.

In the case of crimped connectors, fretting corrosion is related to those situations where the connector is slightly loose (for instance due to intense vibration). This is more likely for Cu based connectors due to the inherent high ductility.

Organic residues may be present at the contact interface due to several reasons including incorrect crimping and/or cleaning. In addition, they can be thermally released from surrounding plastic materials as the wire insulator. Such outgassing processes are induced by abnormal wire heating usually related to electrothermal events described in the next section. 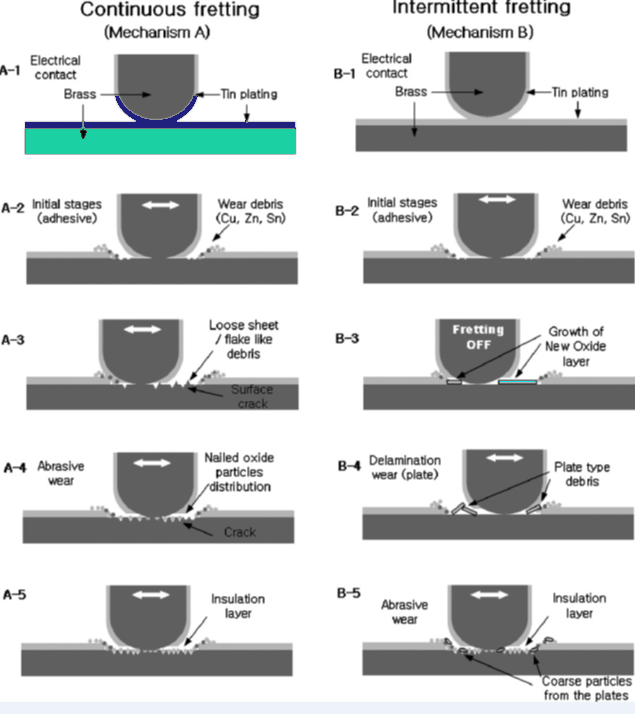 Diagnosis tools: Corrosion products can be detected by different approaches being naked eye and external high-magnification optical inspection the quicker ones. Nevertheless, due to the closed structure of crimped connectors microsection techniques are required to assess the presence of corrosion sings at the contact interface.

Example of electron microscopy microanalysis conducted by our laboratory.

Failures in crimped connectors can be related to different causes, some of the discussed elsewhere. The present post analyzes those related to corrosion and contamination phenomena. 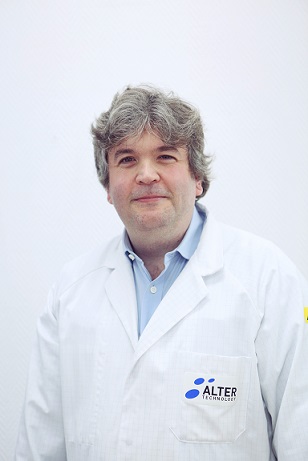 Francisco Javier Aparicio Rebollo
Degree in Physics and Ph.D. in Materials Science by the University of Seville.

Since 2007 Dr. Aparicio has developed a productive research career within the field of Materials Science including post-doctoral stays at the University of Trento, the University of Mons, and the Spanish National Research Council (CSIC). His researches have been published in more than 30 articles in reputed international research journals and conferences (> 70) including more than 10 invited talks and lectures.

Within the frame of the program “Torres Quevedo” for the Knowledge Transfer and the incorporation of research talent into the industry, in 2019 he joined Alter Technology as Senior Materials Science Test Engineer. In 2019 he was appointed to lead the Scanning Acoustic Microscopy Service. Within this framework, he currently collaborates in different ESA projects (JUICE and PLATO).”

Actually, he is not in our company anymore, but still as an external collaborator in our blog.

Reasons to do an Element Evaluation Procedure of EEE Parts