Ideal capacitors only exist in textbooks. Every real-world capacitor has additional complexity arising from its physical structure. Two plates separated by a dielectric layer are in series with wire leads or metal foils through which we make our actual connections. Those two metal conductors introduce an equivalent series inductance or ESL plus an equivalent series resistance or ESR. Taken all together, the physical capacitor is a series tank circuit that has a series resonant frequency and a “Q” of that series resonance which is affected by the series resistance.

Get a quick price/delivery estimation of your components, being the first in front of your customer 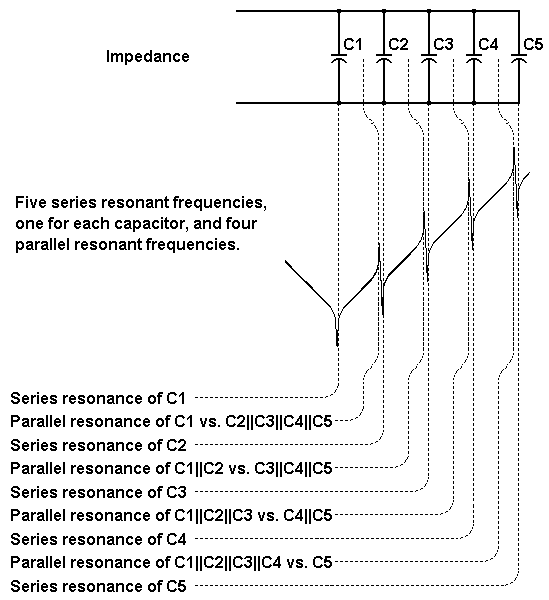 Using SPICE and some illustrative numbers, we can delve a bit deeper into the issue as follows. 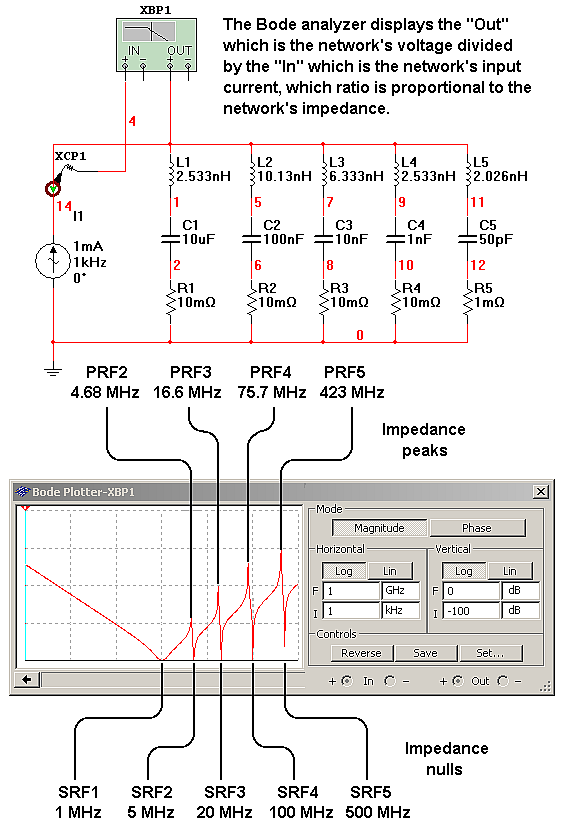 How deep the five impedance nulls will be and how sharply or broadly peaked the four impedance peaks will be is affected by the resistance values as seen below for just one example. Please note though that the parallel resonant frequencies themselves cannot be entirely eliminated. The parallel resonances will always be there, and you must account for that. 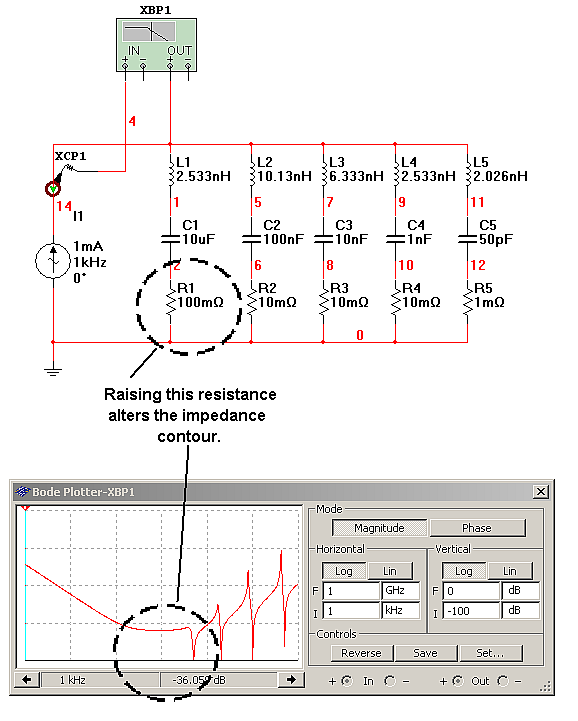 This issue first came to my attention in a project where a parallel resonant frequency of some paralleled rail bypass capacitors turned out to be 16 MHz for a gate array that was clocking itself at 16 MHz.

What happened as a result is perhaps best left to the imagination.

What is an Inductor?