VA160 and VATA160 are used as front-end readout ASICs in the payloads of DAMPE. Both Laser pulse test and heavy ion beam test were conducted to get the SEL tolerance of the  ASICs.

Laser test was performed firstly to quality the SEL sensitivity because it is easy and ready at all times. Heavy ion beam teat was executed secondly to quantify the SEL tolerance of the ASICs. 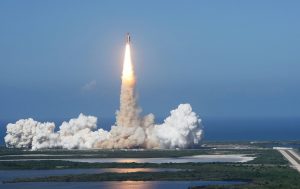 Test results shows that there is about 0.4 SEL event a year for one chip and about 3 events a mouth for the system. Current limitation circuit was designed to mitigate the SEL damage and was validated in Laser pulse test.

Supported by the Strategic Priority Programs on Space Science, Chinese Academy of Sciences: 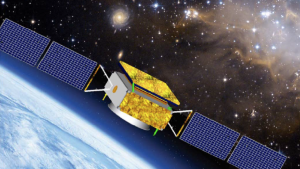 Hongmin Liu received his B.S. in semiconductor physics from Nanjing University (1987), a M.S.EE from University of science and technology liao Ning (1996), and a Ph.D in physics electronics form Institute of electronics, Chinese academy of sciences (2003). He is the director of the reliability laboratory  in National Space Science Center,  Chinese academy of sciences, working on  space parts assurance, including screening, qualification, DPA,  radiation tolerance  test, and failure analysis. He involves in a lot of Chinese space sciences projects, such as double-stars,  Chang-E, space station, Mars exploration, DAMPE, Quantum communication, Hard X-ray telescope, and so on.

Radiation tolerance of the ASICs

Main part of VA160, VATA160and VA140 is analog circuit, which is not sensitive to SEU

From the TID results, the modification to VA32 does  not change the TID tolerance a lot, so there maybe not much change in SEL.

More attentions were paid on SEL of ASICs: