Standard values for capacitors and resistors

Why 27pF and not 25pF? Why do I need to use a 47µF capacitor instead of a 50µF device? We explain why capacitors (as well as resistors and inductors) have funny values.

The International Electrotechnical Commission (IEC) defined the preferred number series in 1952 with the aim of enabling manufacturers to produce passive components more easily. The E series defines capacitance and resistance values as well as tolerances for capacitors and resistors. These standard values are published in the IEC standards, IEC 60063:1963 and IEC 60063:2015. Whereas the IEC 60063 defines the preferred values and tolerances, the IEC 60062 defines marking codes for capacitors and resistors. The E series has been adopted by various international standard organizations including the Electrical Industries Association (EIA). 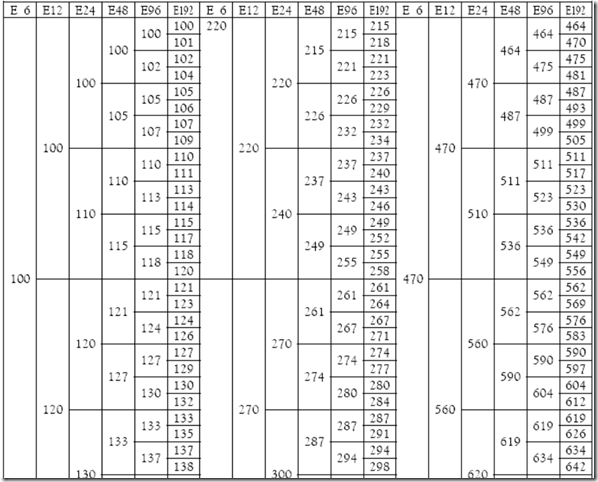 Tolerances for capacitor and resistor values

Resistors are produced in standard values to simplify manufacturing, purchasing, handling, and designing processes. The preferred number series produces a spacing that relates component values to their tolerances. For conventional resistors, the tolerances are ±20% (E6), ±10% (E12), ±5% (E24), ±2% (E48), and ±1% (E96). Some manufacturers produce resistors with more accurate tolerances at a higher cost. For resistors, the E96 and E192 series are less used. Table 3 below shows the number of values per decade and tolerances for the E3, E6, E12, E24, E48, E96, and E192 series. 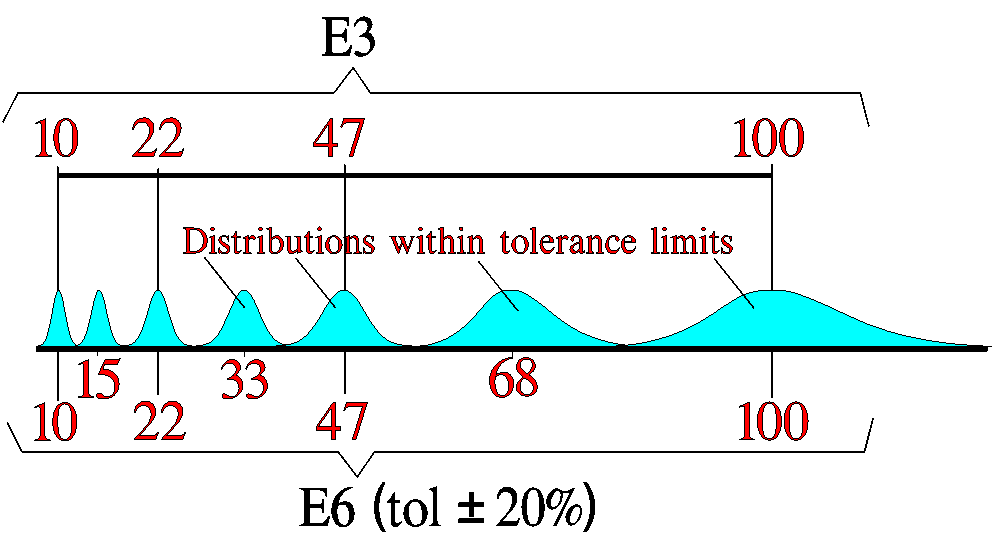 To obtain non-standard capacitance and resistance values, passive components are usually combined in series and/or in parallel. In most electronic systems, complex combinations of capacitors are used to meet the specific requirements of a circuit. For applications that require specific capacitance such as tuning, capacitors that allow manual or electrical adjustment of capacitance are used.

Although it is possible to produce a capacitor of any capacitance value, manufacturers produce capacitors and resistors with standard values. These preferred values are based on a geometric series, commonly known as the E series. For a given series, the E value specifies the number of elements per decade. Standardization of component values enables easier production of components in bulk. Moreover, standardization of capacitor and resistor values enables compatibility of components from different manufacturers. In addition to defining capacitance and resistance, the preferred number series provides recommended tolerances.