How to use PTC thermistors as current protection

One of the properties of PTC thermistors is that when an excessively large current flows, they generate heat by themselves and become highly resistive. With this property, they are used as overcurrent protection devices.
This article describes applications for the following purposes.

PTC thermistors are temperature-dependent resistors based on special semiconductor ceramics with a high positive temperature coefficient (PTC). They exhibit relatively low resistance values at room temperature. When a current flows through a PTC the heat generated raises the temperature of the PTC. Once a certain temperature (Curie temperature) is exceeded, the resistance of a PTC rises significantly. 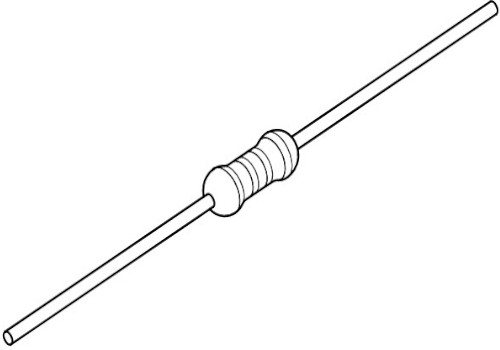 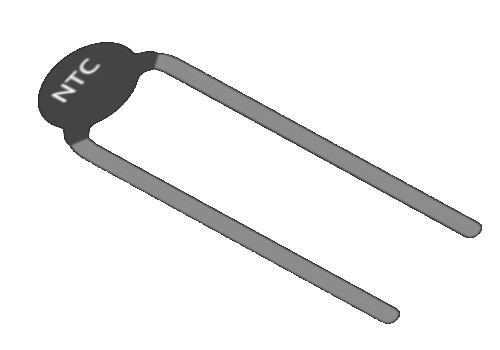 Switch-mode power supplies (SMPS), which are small and lightweight and offer high-performance, are often used as power supplies of electronic devices. When an SMPS is switched on (i.e. when charging of a smoothing capacitor starts), an inrush current with a high peak flows through the device. This inrush current may negatively impact the service life of the smoothing capacitor, damage contacts of the power switch, or destroy a rectifier diode. Therefore, it is necessary to limit the inrush current to the SMPS.

The circuit diagram below shows an example of an inrush current limiter (ICL) circuit, in which a PTC thermistor and a thyristor (or a mechanical relay) are used in combination.

When the power switch is closed and the charging process starts, the uncharged capacitor is like a short circuit and therefore draws a very high inrush current. Because the thyristor is in the high ohmic state (a mechanical relay would be in open state) at that time, the PTC which is connected in series to the smoothing capacitor limits the inrush current (charging current of the capacitor) to a desired lower level. Once the capacitor is charged, the thyristor short-circuits the PTC and the electrical load is applied.
In some cases, the thyristor (or the mechanical relay) may malfunction and not short-circuit the PTC. When this happens, the load is applied to the circuit and the high operating current heats up the PTC. The PTC then enters a high ohmic state, thus reducing the malfunction current to a lower level that is not dangerous. PTC thermistors can withstand such loading without suffering any damage.
If a fixed resistor is used for inrush current limiting, as was common in the past, the high operating current can thermally overstress the resistor and even destroy the resistor or cause a fire to break out.

Induction motors are often used for fans, pumps, air conditioners, and other equipment in factories. An induction motor is simple in structure, is robust, and its speed depends on the frequency of the power supply. Inverters are used to control the speed of induction motors. Such variable frequency drives (VFDs) increase the efficiency of the motor and therefore reduce power consumption.

An inverter system consists of a converter part and an inverter part. A DC link capacitor (smoothing capacitor) is placed after the converter part. When the system is powered on, the DC link capacitor is charged with an inrush current whose peak is several times than the steady current needed to charge the capacitor. This inrush current can have a harmful effect on the service life of the capacitor or destroy semiconductor devices exposed to the current.
A very good way to limit the inrush current is to use an inrush current limiter (ICL), in which a PTC thermistor and a thyristor (or relay) are used in combination with each other.
The function of the PTC ICL is the same as described for the onboard charger application. Again, the PTC has self-protecting properties (increased resistance in case of a circuit malfunction).

When a motor is overloaded or rotation of a motor is stopped (locked), an overcurrent flows through the motor. This can result in thermal overstress to the coil. PTC thermistors can effectively protect motors from such overcurrent.

For example, if the side mirror of a car is blocked by an object, the motor will lock when an attempt is made to set the mirror or retract it. This will result in an overcurrent through the motor winding. In order to protect against thermal overstress a PTC thermistor is used. The high current causes the PTC to heat up. The resistance of the PTC then increases substantially, which in turn reduces the high current to levels that do not overstress the system. Such overcurrent protection thermistors are also used for the motors driving power locks and power seats, for example.

Solenoids which make armatures move by the magnetic force of their coil are simple and convenient actuators used in office automation equipment such as printers as well as electric locks. Solenoids are available as direct acting types, rotary types, and other types. If a solenoid coil is overloaded an overcurrent flows through the coil, potentially causing excessive thermal stress. Solenoid coils can be protected easily by connecting a PTC thermistor which heats up in the case of overcurrent and reduces the current.

PTC thermistors for telecom applications are also used for various security systems in factories and office buildings. For example, surge protective devices (SPD) are installed at important locations in these systems because signal cables used for fire alarm systems, surveillance camera systems, and other network systems that connect multiple sites can be damaged by lightning surges.
The diagram below shows an example of a protection circuit that uses a replaceable plug-in SPD. The plug side includes an arrestor and a varistor for overvoltage protection. The socket side includes a PTC thermistor for overcurrent protection.

TDK offers a comprehensive lineup of PTC thermistors for telecom applications. Telecom pair protectors (TPP), each of which incorporates two PTC thermistors packaged in a plastic case, are often used for SPDs.

The function of the PTC is very similar to that described in the previous section.

Thank you for reading to us. We will continue to share information on many more topics.