This study aims to support the development of discrete European radiation hardened SiC power MOSFET for use in space applications by means of studying the gate oxide in terms of SEE and TID as one of the key parameters in the future development of these devices. The resistance of the P/N junctions present in these devices was also studied as well taking into account the problems seen in Schottky junctions under heavy ions radiation combined with high voltage.
The following approach to better understand SiC Power MOSFET sensitivity was followed: 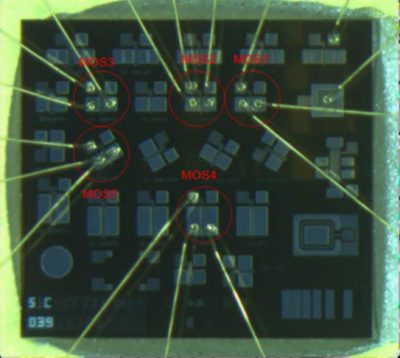 Catastrophic damage of the devices for bias values as low as VDS=200V for LET values of 32.4 and VDS=400V for 20.4 MeV/cm2/mg(Si). The damage occurs during radiation while biasing or during intermediate PIGS after a step. 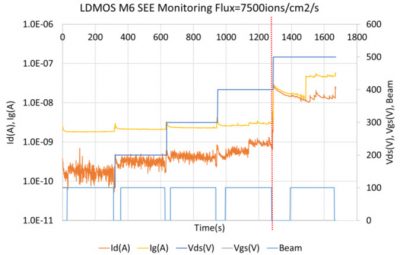 Built-in diodes tested separately revealed the sensitivity of this area of the power MOSFET to heavy ions while HV is applied. Damage of the PIN occurs for reverse voltages slightly higher than for Schottky of previous studies. 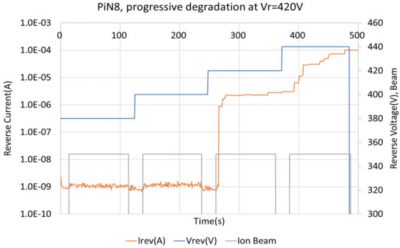 Advances in Packaging and EEE Components