Radiation Environment on spacecraft in orbit: how to address the challenge

Considering the effects of radiation on electronics in orbit is vital to the success of a mission. To do so, one must prepare well beforehand. Radiation tests and simulation software allow for this. This article will cover ALTER Technology’s view of the different radiation engineering simulation methods. It will distinguish between the “Classic Space” and the “New Space” ways.

First of all, it is important to have the basics in mind: three sources of radiation cause three different types of effects on a device. The three sources are the Van Allen belts, where protons and electrons are trapped around the Earth in its magnetic field lines. The second radiation source is the Sun, which continuously emits energetic particles toward the Earth. The third source of particles is galactic cosmic rays. These are made up of ions ranging from a simple proton to uranium.

These three sources contribute to the damage of electronics in space. The first kind is Total Ionising Dose (TID) which is an accumulation of electron-hole pairs generated by the passage of particles through the oxide layer of a device. Over time, this can cause various problems, from device leakage to device failure. The second phenomenon is Total Non-Ionising Dose (TNID), which is the accumulation of atomic displacements (interstitial-vacancy pairs) and can cause a gate-oxide breakdown in extreme cases. The third effect of concern is the Single Event Effect (SEE). Unlike TID and TNID, cumulative phenomena, a Single Event Effect (SEE) is a phenomenon caused by a single particle at a time. There are two main types of events: destructive and non-destructive. Destructive events irreversibly damage a component, whereas non-destructive ones create errors that propagate in the circuit for a short period of time and can be fixed by restarting the circuit or correcting the information.

Thanks to the information collected by hundreds of satellites over the years, radiation engineers have a good idea of the environment our electronics are faced with. There are many tools available to assist radiation engineers with their work. Some are more adapted to the Classic Space community and others to the New Space one.

The radiation engineering process begins with environment definition, where the fluxes of each particle from each source are determined. To do so, we use simulation tools such as OMERE or SPENVIS. These flux files are inputted into CAD radiation software such as FASTRAD or NOVICE. This software uses a 3D model of a satellite or equipment and simulates the satellite in its radiation environment. We get information about the TID & TNID on each satellite device. The SEEs are quantified through OMERE or SPENVIS.

The next step is the post-radiation analysis. In this step, we look into all available databases to evaluate the impact of radiation on each component. If the simulation returns that a given device will receive a certain level of TID over its lifetime, that value is compared with the test report to see how the device behaves at this level of irradiation. If the device has never been tested, ALTER Technology has all the capabilities to perform such a test. If it is found that the part is not suitable for the mission, we loop back to the simulation step and attempt either various shielding methods or suggest changing the device altogether.

The classic space method provides a highly detailed radiation analysis and is the most complex and sophisticated tool on the market. With the emergence of many New Space companies, we have come to the conclusion that this method is not the most adaptable to everyone. This method can be overwhelming, expensive, and lengthy without specific radiation environment skills. For these reasons, we are working on a dedicated piece of software for this type of company.

The usual way of proceeding is not ideal for those whose project timescales are much shorter than the Classic Space projects. This community needs a new tool that is more adapted to their needs, a tool that saves time and can be understood and correctly used by someone who is not an expert in the radiation field.

Our tool allows users to estimate the TID, TNID, and SEE levels using only a minimum of inputs: altitude and inclination of the orbit, lifetime, and average thickness between the device and the outside void. Unlike previously mentioned software, the radiation models are fixed by the software, which simplifies the task of choosing amongst many models. With only these few parameters, the software returns the information desired. If you wish to learn more about this tool, feel free to email Katrina Elsey (k.elsey@altertechnology.fr), radiation engineer at ALTER Technology France, who would be more than happy to answer your questions and even organize a demo if interested. 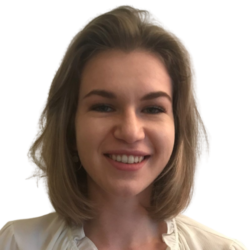