Near-infrared, visible, and ultraviolet (NIR-VIS-UV) lidar echo emulator (LEE) was developed to emulate the returns of a spatial lidar at three wavelengths (355 nm, 532 nm, and 1064 nm) within the framework of the HOLDON project.

It is used to characterize the detection chain formed by a HgCdTe avalanche photodiode (MCT APD), read-out integrated circuit (ROIC), and surrounding electronics, which will be used in a lidar remote sensing of the earth’s atmosphere. It emulates two echoes in the three wavelengths. A short echo (pulse width <10 ns) with optical power dynamic range between 0.2 nW and 200 nW and a long echo (pulse width of about 270 μs) in capacity from 0.1 pW to 25 pW. The long echo has two adjustable parameters that allow changing the pulse’s shape (from a ramp to a rectangular pulse). Combining both echoes allows characterizing the detector over the entire 60 dB dynamic range, the target for the detection chain. The system consists of only one laser diode at 1064 nm, a driver, and an arbitrary wave generator (AWG) seed to create the three wavelengths. The second harmonic generation (SHG) technique generated the beam at 532 nm from the 1064nm laser diode. In this case, a non-linear KTP crystal was used.

The sum-frequency generation (SFG) technique generated the beam at 355 nm from both previous rays. For the SFG, two Periodic Poled Lithium Niobate (PPLN) crystals were used. To optimize the output at 355 nm, the temperature of the PPLN crystals was controlled using Peltier elements. A LabView program was designed to handle all the configuration parameters of both echoes (long and short) and the laser. The software also controls the optimal temperatures where the highest power is reached at 355 nm.

The overall system was assembled as an elegant breadboard for easy transportation. The NIR-VIS-UV LEE offers all the requirements for exhaustive characterization of the lidar detection chains at three wavelengths and a high dynamic range.

The LEE capable of emulating the echoes of a spatial lidar at three wavelengths (355 nm, 532 nm, and 1064 nm) was developed. In general, it enables the characterization of the critical optical parameters of the detection chain of a space or airborne lidar. The LEE allows short overlapping echo with long echo with 63 dB dynamic range. In-depth characterization of the lidar detection module will evaluate compliance with the requirements for which it was designed and feed future designs with actual figures from the lidar detection chain.

Techniques as SHG and SFG, commonly used in light sources in continuous mode, have been used in a pulsed way with satisfactory results even in this low power application. 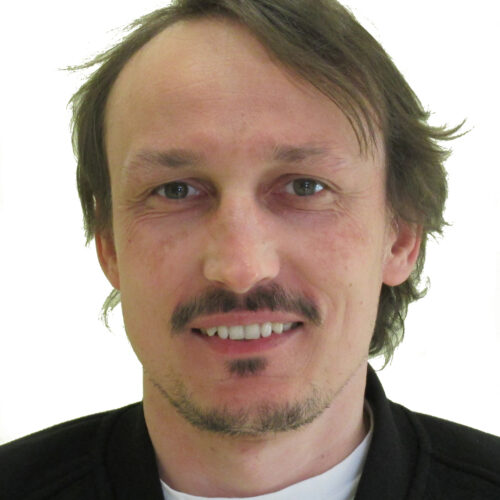 Pawel Adamiec
Engaged in the analysis and studies of new photonic technologies at Alter Technology
Pawel Adamiec received Ph.D. degree in physics from Warsaw University of Technology, Warsaw, Poland, in 2006. From 2000 to 2012 he was working at the High Pressure Research Centre, Polish Academy of Sciences, Warsaw, Poland; Ferdinand-Braun-Institut für Höchstfrequenztechnik, Berlin, Germany; University of Technology in Madrid, Spain. At that time, he was investigating the properties of the semiconductor lasers or other optoelectronic devices and he was also responsible for the design and development of semiconductor lasers. In 2014 he joined ALTER TECHNOLOGY, where he is engaged in the analysis and studies of new photonic technologies for the aerospace sector. He was awarded Intra-European Marie-Curie Fellowship in 2009 and Torres Quevedo Fellowship in 2015. He is an author or co-author of more than 60 peer-reviewed journal papers and conference contributions.