Semiconductors are essential elements for any digital product (on the rise) in practically all industrial sectors. Their demand has multiplied as a result of changes in habits during the pandemic. Worldwide shortages, including raw material ones, continue to heavily impact production and manufacturing capacity leading to tight supply, extended lead times, and increased pricing, production stoppages in some manufacturing plants in industries like the automotive one, but not only worldwide level.

We expect the semiconductor shortage to persist as a minimum until 2022 and not back to normal levels until 2023. Shortages should lift beyond this as production capacity increases from new production lines and alternatives being worked out. The current shortage is bad news for everyone. Thankfully, it won’t last forever.

Even though semiconductors shortages have been reported by different sources, with potential impacts on lead times, precise indications on specific parts and/or actual delays are not stated. Also, the evolution of this issue over the following months is unclear.

For any upcoming satellite mission, the increased lead times for semiconductors and key EEE components are very critical.

The implementation of ad hoc risk management measures is the only way forward to avoid undesirable costs and schedule impacts in space missions.

Production of space parts was stable in terms of lead time, but this is changing in the last months due to several factors:

All in all, the rise of lead times is not exclusively affecting complex-active devices and it is usual to find standard automotive passive parts in allocation or with lead times beyond 52 weeks.

As an example, the latest report from ECIA (Electronic Components Industry Association) from August 2021 shows a clear picture of this lead time increase with multiplying factors of x2 and x3 in active and passive devices:

Going deeper into family types, an acute tendency for lead time increase is the conclusion for a general market trend. Even though this is fully applicable to commercial devices, the increased lead times for EEE space parts are becoming more and more affected by this trend.

Continuous monitoring and further visibility of the current lead times and potential prediction of these critical functions commonly used in space missions is a must. This visibility is essential for the successful development of space missions. The definition and identification of early mitigation actions to jeopardize risks from appearing is a compulsory activity. Any model, EM, EQM, FM, FS,… is a candidate to suffer from this trend.

The enhanced use of COTS makes it such that lead times for passive parts from the automotive market reporting erratic lead times over 52 weeks are now affecting new space applications or EM models that make wide use of these components. Qualified products are being made available with standard lead times of 40 weeks, and some specific microelectronics show manufacturing lead times between 68-97 weeks!.

As you may surely know, our company core activity has been the EEE field for already 35 years.

We can put in place any approach you wish to agree to overcome any possible risk derived from the semiconductors shortage. Mitigations actions will be secured!

We also need to keep in mind that counterfeit is a growing concern.

General trend of price and leadtime increases in the Semiconductor Industry 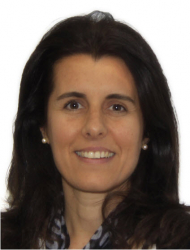 Eva Díaz
EEE Business Development Manager and member of the Executive Committee at Alter Technology Tüv Nord
Eva has a Degree in Physics and joined ALTER in 1993. Since then, she worked in a vast number of areas acting as a project manager in many different missions starting with Envisat, Herschel/Planck, BepiColombo, Sentinel-3 up to most recent ones such as Solar Orbiter sharing her activities in her role as Project Management Department duties up to 2013 when she was appointed as Key Account Manager to undertake her current responsibilities since 2020. Eva has extensive experience in high-reliability electronic parts, commercial management, new approaches, and deep knowledge of market trends, customers, stakeholders, and supply chain.

ASIC or FPGA, how to choose between them