AS CMOS Technologies became denser (beyond the 180 nm node), it was realized that it was no longer affordable to change the semiconductor technology and that hardening had to be assured by other means.

With DSM, access to technology has become even harder for space users.

As a result, today, in many cases (especially for smaller users) each box in the design flow below is assured by a different entity.

Alter Technology has implemented an independent global solution that takes over right after the foundry. 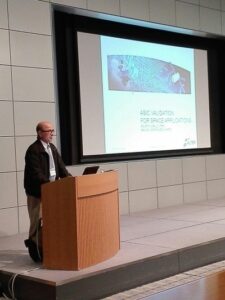 What about space requirements?

For space most of what it has been learned by the designers, coming from other sectors, does not apply.

In the space, the radiation, thermal and mechanical requirements are quite different to anything known to ASIC designers.

Highly skilled designer will fail out in the SPACE unless the entire supply chain is properly addressed.