From the very beginning of the space satellite industry, most of the spacecraft rely on the use of photovoltaic solar energy as the main power supply: to run the sensors, to active heating, to telemetry, to the cooling system, etc. and even in some cases to propulsion the spacecraft.

ilicon solar cells have proved to be suitable for use in space applications, despite their own limitations. Silicon cells have generally lower efficiencies and significant radiation damage than others new materials.

The new century brought to the space a new type of solar cells with higher efficiencies and better resistance to radiation damage such as those based on the III-V single-junction GaAs. This new material opened the possibility of further improvement by the development of the multiple-junction technologies.

Solar panels are required to have more output power and less weight and volume, namely, higher specific power and lower stowage volume. To meet these requirements, the simultaneous achievement of both efficiency improvement and weight reduction for solar cells is necessary.

But R&D efforts are not only focus on III-V materials. Some important research groups are working with new materials like hybrid perovskites. Perovskites solar cells have the potential to become a disruptive technology in space applications, thanks to the unique combination of appealing intrinsic properties (e.g. record high specific power, tuneable absorption window) and processing possibilities.

Multi-junction III-V GaAs: Better use of solar spectrum and structure.

CdTe solar cells are also a novel development of an affordable thin film cell for space use, which promises an alternative path to the higher manufacturing cost of III-V solar cell. The main potential benefit of this technology is the high-power, in combination with low-weight and flexible thin film.

The most important characteristics that photovoltaic panels must fulfil for space applications are:

Efficiency of solar array must be known at the Beginning of Life of the system (BOL: Beginning Of Life) but also at the End Of Life (EOL: End Of Life). The power generated at EOL is affected by the following factors:

Thus, performance must be calculated considering the different parameters correlated to expected losses and random failures that might occur.

The reliability of photovoltaic devices is also a key factor in space application. For this reason, “on ground” life testing of flight representative test devices under “in orbit” representative conditions are essential. Therefore, reliability test plays a key role in the space solar design of the present and future technologies. For standard space solar panels is required the application of standards procedure for the qualification, procurement, storage and delivery for the different space missions.

The standard by which space activity is regulated in Europe was developed in 1993 by ECSS (European Cooperation for Space Standardization). Among others, the standards that apply to photovoltaic products are:

This standard does not contemplate:

Testing: This standard addresses the requirements for performing verification by testing of space segment elements and space segment equipment on ground prior to launch. This document is applicable for tests performed on qualification models, flight models (tested at acceptance level) and proto-flight models.

Other organizations with specific standard for Space Solar Panels are:

The main reliability tests for photovoltaic assemblies and components are detailed in ECSS-E-ST-20-08C. The table is showed some of the test required for a qualification test plan for bare solar cells. Each test is detailed in the corresponding method.

Two of the most significant Alter Technology solar array space reliability tests are described below:

This test is an accelerated life test to quantify the solar cell and solar cell assembly performance degradation due to particle irradiation. Radiation degrades Space solar cells and generates device perturbations that could lead to its malfunction or even destruction.

Bare solar cells or solar cell assemblies are submitted to 1 MeV electron fluence, typically using Van-der-Graff electron accelerators, at a typical rate equal or lower than 5 × 1011 e‐ cm‐2 s‐1. (e.g. the solar cell damage after 15 years in geostationary orbit (GEO) is simulated with around 30 minutes of electron exposure). The exposure is performed at ambient temperature, but for high temperature missions (i.e. close to the sun) and low temperature missions (i.e. deep space) the electron exposure at these extreme temperatures may be also considered.

The solar cell assembly performance stability is verified under worst case operation conditions for the mission duration with the required margin.

Two methods can be followed for the definition of the life test:

Performing an environmental test means subjecting the   solar cell panel array to certain environmental conditions (cold, dry heat, relative humidity, etc.) in order to check if the electrical and operational parameters remain within the range defined by the applicable regulations. 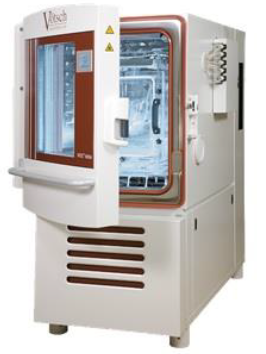 Alter Technology offers their expertise in testing in a wide range of environmental testing conditions:

Alter Technology has an ENAC accreditation to perform Environmental (climatic/mechanical) testing. Our laboratory is a notified body for the EMC Directive 2004/108/EC. It is recognized by NIST (USA) and RRA (South Korea) for EMC testing and is a Recognized Testing Authority (RTA) by the Australian National Association of Testing Authorities (NATA) for EMC and Safety testing.

Our commercial and technical expertise and experience allows us to recommend, select and supply Bare Space Solar Cells and all the EEE components on Space Solar Panel Arrays from good manufacturing sources. All parts procured by us are fully inspected and tested to ensure they meet the requirements of the project/customer contract. This enables us to confirm compliance to the:

Selection and procurement of the correct Space Solar Cell is essential to meeting the hostile environmental, mechanical and radiation environments encountered in the space industry. To achieve this requires a high degree of engineering expertise and in other disciplines covering a wide range of components and technologies. 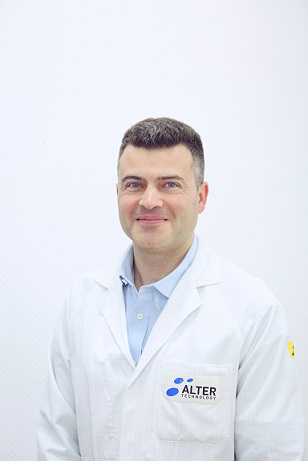 Thanks for sharing this! All the best!

Thank you for your interest in our blog!! You can keep updated in EEE Parts Markets by registering in our Newsletter.