New Space and the use of Radiation simulation tools

We are sure you’ve heard about the New Space in the last few years. This new market has appeared with great force, it is based on projects with a lower budget than the one used in the so-called Classic Space, but where there is still the need to have high confidence level on the system’s reliability while they are operating in orbit and exposed to the radiation environment.

Their budget can be reduced because some of their systems are based on COTS (Commercial off-the-shelf), however, their response under radiation conditions must be analyzed as it is the primary limitation of their use. This is the main reason why the different simulation tools (in conjunction with other actions) can help to increase the confidence level, minimizing the verification cost and optimizing the radiation hardness assurance process.

The use of the simulation tools is already consolidated in classic space, so it would be of interest to take the step to tailor its use for this market. There are several simulation tools, and each one produces a different kind of simulation results. We can classify the tools in three main groups:

One related to Space Environment, where knowing the parameters of the orbit and mission characteristics, we can estimate the application radiation environment. These tools implement physical models based on experimental data accumulated during years and trough different missions so we might quantify the radiation ambient where the system will be exposed during the mission and to use this information to identify the mitigation techniques to minimize the risks. 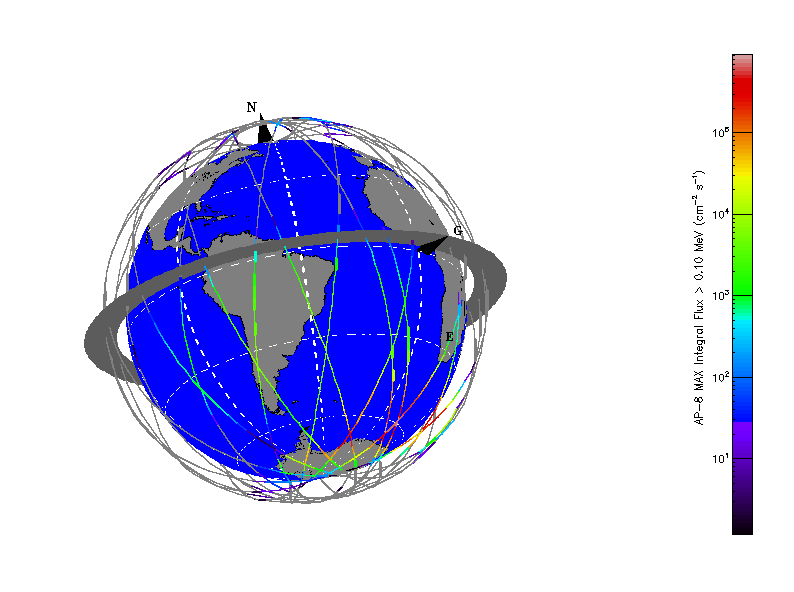 Another group is composed of tools that primarily serve to avoid possible dose effects or ionization, including a shielding in the system. The shielding tools take the environmental predictions that we have obtained with space environment tools and allow to quantify the reduction of radiation when we armor a system.

The use of this kind of tools can help us to select the proper material, minimize the thickness and apply it only on those cases where is needed and thus increase the TID radiation tolerance, minimizing the mass increase and reducing the overall cost. 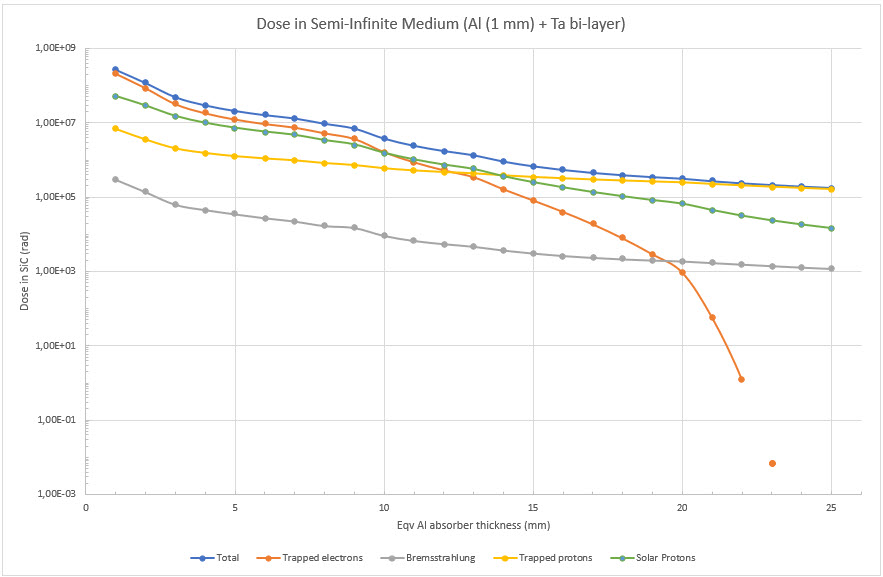 Figure 2: Dose as a function of shielding thickness (SHIELDOSE-2)

The last group is related to Radiation Calculations where there is a wide range of tools that allow obtaining a different kind of information. For example, when we know the atmospheric radiation conditions, it is possible to estimate the accumulated dose using some of them. It can also estimate the single events rate that is statistically likely to happen on the device under those conditions when the device SEE behavior has been previously identified through testing. 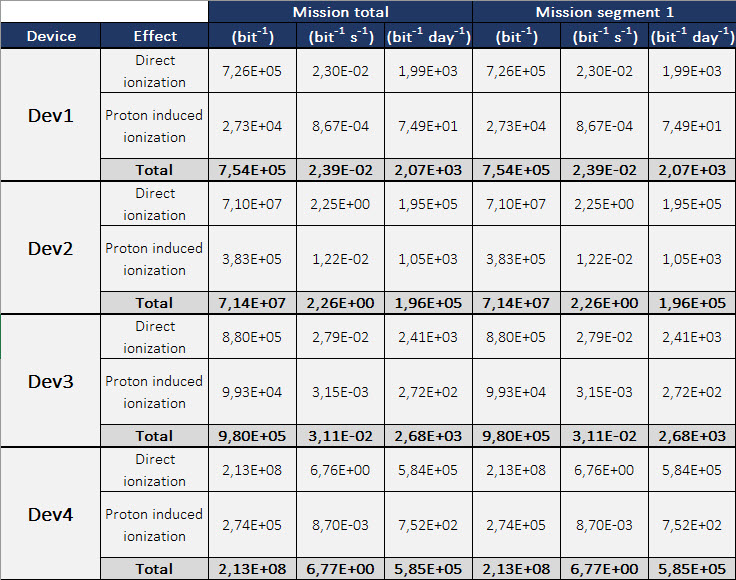 In this last group, there are also other tools that allow you to convert the real radiation conditions of the mission to equivalent radiation which can be reproduced by a laboratory allowing to carry out the representative test of such conditions on the ground. 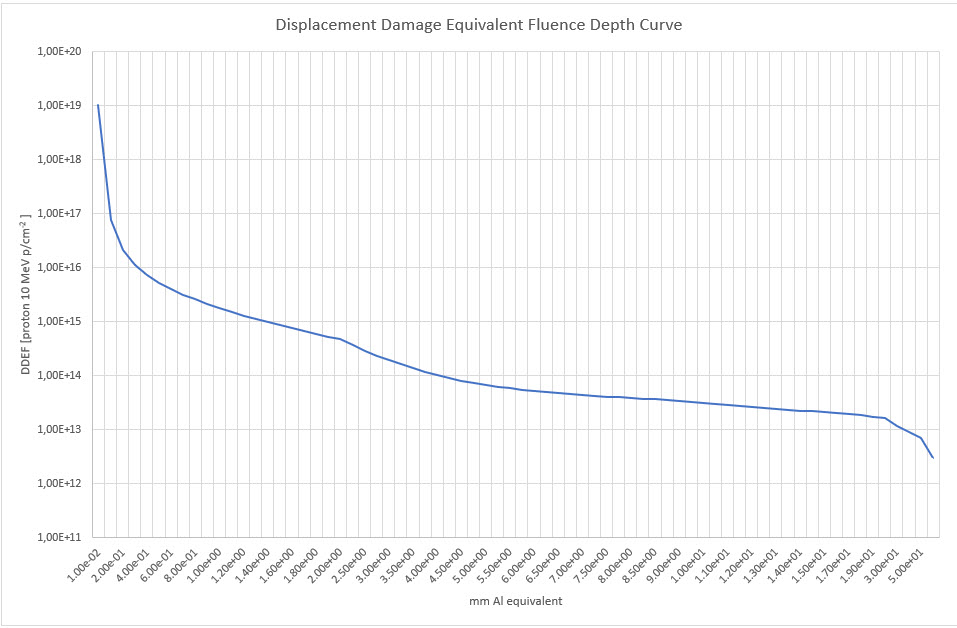 Another kind of tools are the ones that let to characterize the installation, identifying the ambient radiation conditions where the tests are carried out. These theoretical calculations are already used in many facilities. Thanks to these radiation simulations, we can determine the details of the facility radiation ambient, taking into account the materials used and its configuration. This allows us to identify the fluences, energies, …. and adjust/reduce some laboratory test tasks focusing the effort only on the necessary radiation hardness assurance activities. 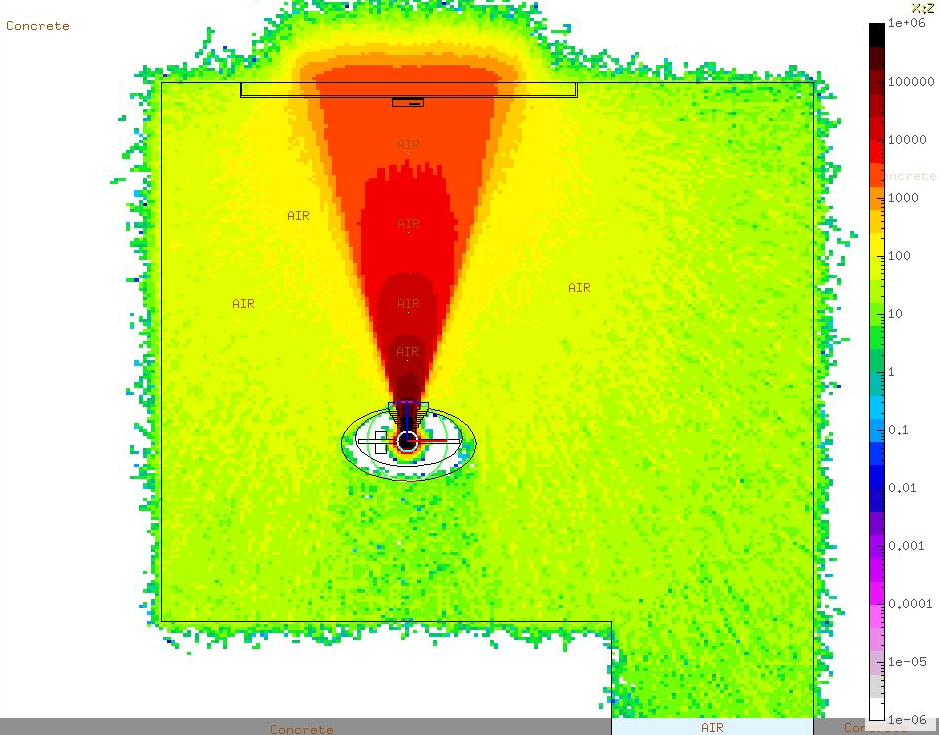 The use of radiation tools is justified as a complement of radiation test to verify and optimize the radiation hardness assurance process in the new space market and reduce some cost without a significant loss of the confidence level.

Leave your feedback with your comments 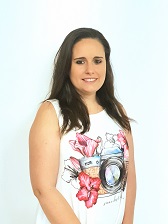 She was in a stay at CERN, where she formed part of Radiation to Electronics Group (R2E). During her stay, among others, she worked on different radiation tests and especially on the radiation behavior and characterization of Gallium Nitride power devices.

How to Use ESD/surge Protection Disk Varistors