Alter Technology has specialized in the realization and design of EEE component tests at cryogenic temperatures. Generally, the normal working temperatures of the devices are limited to the military range -55 / 125ºC. These characterizations can show anomalous operations, which are not defective, but which must be characterized to use these components in missions in which the operational temperatures are well below the -55º C standard.

This characterization is critical in planetary missions, like Mars. On average, the temperature on Mars is about -60ºC.  In winter, near the pole, temperatures can get down to -125ºC. A summer day on Mars may get up to 20ºC near the equator, but at night the temperature can plummet to about -73ºC.

The technical characteristics of the available cryogenic facilities are detailed below.

The space simulator has a useful volume of 0.5 m3 with a cold/hot plate of 55x55cm.  Outgassing, bake-out and thermal vacuum cycles in temperature range -170ºC to +170ºC, pressure down to 10E-7 mbar, with TQCM to bake-out tests. 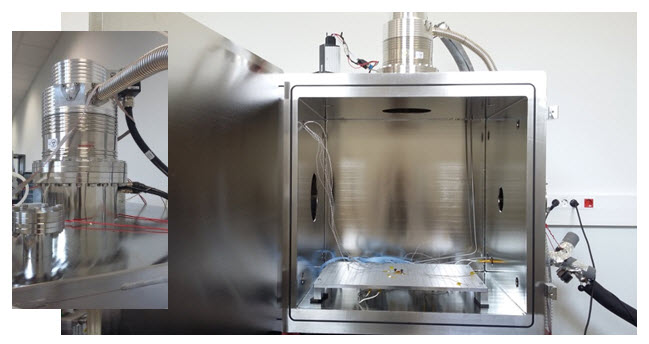 Find out in doEEEt any EEE component for High Reliability application. Depending on the project requirements and environmental conditions, additional activities should have to be performed on it, in order to validate its use in so stringent conditions.

Alter has an agreement to use of the Helium cryostat of the CEM (Spain Metrology Reference Center) to perform the characterization of the EEE parts at temperatures as low as -263 ° C. This system is a close loop helium cryostat with the following characteristics: 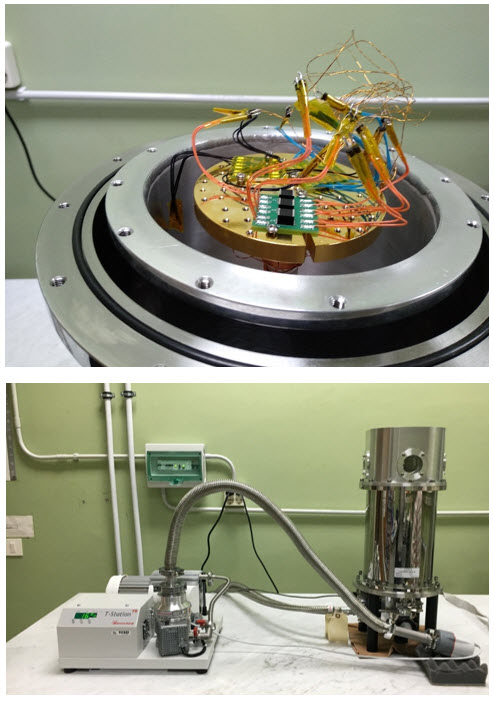 ALTER TECHNOLOGY has an accumulated experience on characterization and validation of any kind of EEE component at cryogenic temperatures in spatial pressure conditions.

Contact us for any specific requirement on your EEE components

Since 2005, he has worked at ALTER TECHNOLOGY as an optoelectronics innovation engineer. During this period, he acquired a large experience in the analysis and study of optoelectronic devices to be used in space applications through several ESA projects.

Currently, he is the Manager of the optoelectronic and new technologies department. And your responsibilities include the coordination and planning of the technical tasks as well as the management of laboratory engineers.