A wide bandwidth test bench has been developed for the optical transceiver testing: electro-optical characterization with different features and bandwidths. The system, which is integrated by a bit-error-rate analyzer, a high-bandwidth oscilloscope, and a pulse pattern generator with a bandwidth up to 28 Gbps/s, was proposed as an excellent candidate for the evaluation of the performance of several optical transceivers.

The electro-optical characterization obtained different intrinsic properties of the signal generated by the transceiver, some of which are shown in this article. A compact device to characterize these devices has facilitated data acquisition and reduced acquisition time.

Optical transceivers are small photonics devices that transmit and receive information at high transmission rates. These photonics chips are constituted by two differentiated parts: the transmitter, a laser that can be modulated at high speed, and the receiver, a photodiode with broad bandwidth. Optical transceivers can be employed in different fields such as visual terrestrial communications, photonics networks, and sensors in aircraft systems and space applications.

In this case, the optical transceivers that have been employed along all the tests are several 300Gb/s High-Speed Optical Module with 12 Tx and 12 Rx and a bandwidth of 25 Gbps per channel, with very low energy consumption that can be used at distances up to 100m. This device is designed for hi-reliability systems that require operation in harsh environments, including extended temperature ranges. The transceivers were mounted over an evaluation board with 12 input and 12 output RF channels. A general picture of the optical transceiver and its evaluation board is shown in Fig. 1.

Figure 1. Left: An overview of the optical transceiver, right: the evaluation board

The BERTWave MP2110A is an all-in-one instrument with a built-in 2 channel Sampling Oscilloscope and BERT designed for manufacturing inspection of 25G to 800G optical modules.

This characterization device is constituted by two differentiated parts: a two- channels sampling oscilloscope with an electrical bandwidth of 40 GHz, capable of performing accurate measurements of the eye diagram of the signal and its characteristics, and an up to 28.2 Gbit/s Bit-Error-Rate (BER) tester with an integrated pulse pattern generator that provides electrical pulses at different bit rates (from 9.5 to 28 Gbit/s). The analysis of the signal was performed using the integrated software of the devices that allow obtaining the main characteristics of the resulting eye diagram. 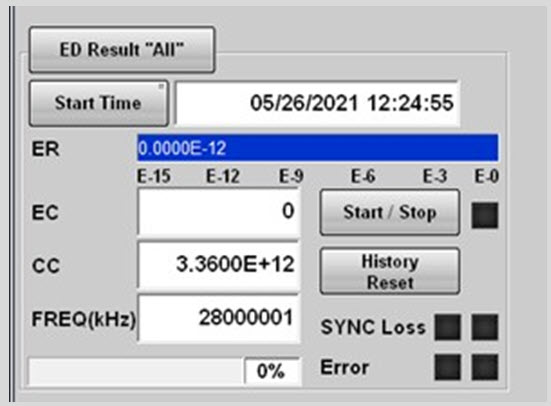 Figure 3. A screenshot with the value of the BER for one channel of an optical transceiver 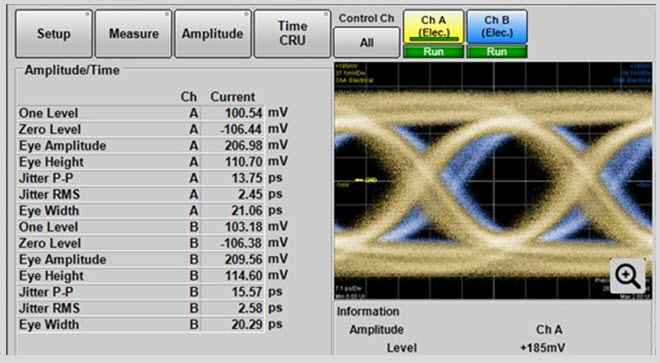 As can be seen in Figure 3, the value of the error ratio of one channel of an optical transceiver is 0e-12 at a modulation rate of 28 GHz. Similar results were found for the eleven other channels of that same transceiver and other transceivers.

Also, using the oscilloscope module of the BERT detector, the eye diagram of the modulated signal can be easily obtained. An example of an eye diagram generated by one of the channels of a transceiver can be seen in the following picture.

At the left part of the screen, the eye diagram of one sample which is modulated at 28 Gbits/s can be observed at two different colors, blue for the generated signal of one channel and yellow for the negative value of this generated signal. At the right part of the figure, some of the key parameters of the signal (eye amplitude, eye height, …) can be seen.

Characterization of each key parameter was performed for all the transceivers, obtaining the following results.

Figure 5. A representation of the eye amplitude for all the channels of one transceiver. Each colour represents different transceivers

Figure 6. A representation of the eye width for all the channels of one transceiver. Each colour represents different transceivers.

Figures 5 and figure 6 represent the value of the eye amplitude and width, respectively, in terms of each channel of the transceivers and for different transceivers. This characterization was performed for several optical transceivers, obtaining similar values of the key parameters for all their channels. 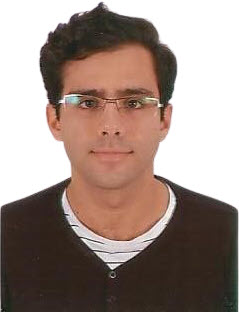 Alejandro Rosado Pérez
Test engineer in the cryogenic lab in Optoelectronics at Alter Technology Tüv Nord
Degree in Physics by the Universidad Autónoma de Madrid and Ph.D in TICs: Materials and devices by the Universidad Politécnica de Madrid.Since 2015, Alejandro Rosado has developed his professional career within the field of optics and photonics, especially in lasers and their applications, including doctoral stays in the Dublin City University or the Institute of Physics of Cantabria (IFCA). He is the author of 6 published JCR articles. He has contributed to several presentations (>10) in international conferences including talks at CLEO Europe 2019, Munich, Germany. Thank the post-doctoral scholarship “Torres Quevedo” for the knowledge transfer and the incorporation of research talent into the industry, in 2020 he joined Alter Technology as Test Engineer, participating in important European projects involving optical transceivers.