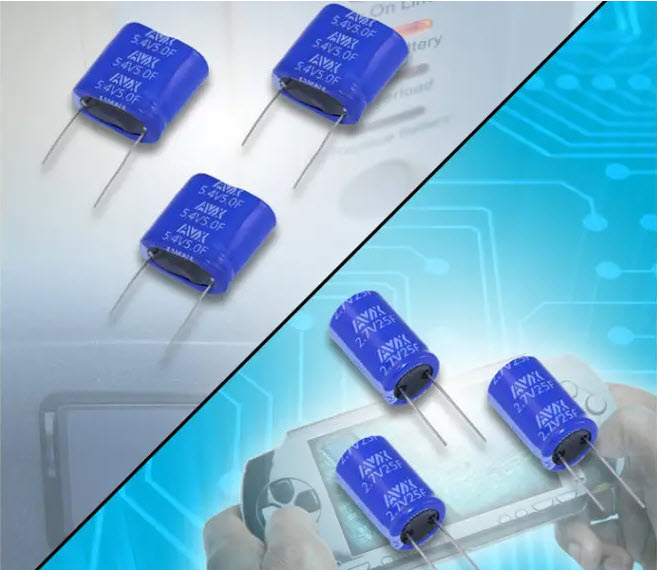 It should come as no surprise that supercapacitors are becoming increasingly popular among board-level passive components. After all, these energy storage devices exhibit exceptional pulse-power handling capabilities as a result of their extremely high capacitance combined with very low equivalent series resistance (ESR). However, with this growing demand comes an increased need for supercapacitor reliability testing to accurately determine component failure rates, which play a crucial role in eliminating the need to rework and repair PCBs.

To fully understand the in-depth part and performance characteristics of an electronic component, including its device physics, degradation behaviour, and failure mechanisms, it must undergo substantial testing. For design engineers, this test data is essential to establishing a component’s long-term reliability and evaluating its suitability for application-specific operating conditions, including voltage, temperature, relative humidity, and ESR.

Unlike other capacitors, electrochemical devices such as supercapacitors and batteries are not well suited to traditional electrostatic capacitor testing techniques. These techniques employ higher voltages and temperatures as acceleration factors and only produce accurate test results when their corresponding mechanisms remain constant, which is not the case for electrochemical devices like supercapacitors. When these components are made to exceed their maximum rated voltage and operate outside of their rated temperature range, they tend to experience accelerated capacitance degradation and a significant increase in ESR. So, these particular acceleration factors aren’t representative of normal supercapacitor operating conditions and, as such, don’t produce accurate reliability testing results.

Consequently, supercapacitors should only be tested at or below their maximum rated voltage and temperature and for a longer duration than standard electrostatic capacitor testing procedures. Technically, it’s also possible to test supercapacitors at or below their rated voltage and temperature for the same standard test duration and just use that data to estimate failure rates over time, provided that the mechanisms still remain constant, but verifiable long-term testing data is preferable whenever possible, and especially for applications in which accuracy and reliability are paramount.

The circuit design is another, closely related application consideration. Since individual supercapacitors tend to have lower-rated voltages than other energy storage devices, like batteries, design engineers often arrange them in series. However, using supercapacitors in series can produce undesirable voltage imbalances during the charging and discharging processes, causing the series to operate outside of its rated voltage range and compromising the durability of all components in the circuit.

To avoid this problem, engineers can employ several circuit balancing techniques, such as passive balancing via a diode or resistor across a capacitor, active balancing via an IC chip, or even using a buck-boost converter along with a single large capacitor to increase the voltage. Unfortunately, each of these techniques requires the addition of at least one nonessential component, which takes up additional board space, creates another potential point for circuit failure, and, if not accounted for early enough in the design cycle, could also have a negative effect on current load. Thankfully, though, several leading component manufacturers now offer self-balancing supercapacitors.

The following case study reveals data collected from extensive, 4,000-hour-long reliability testing procedures designed to accurately identify supercapacitor lifetime characteristics. In addition to exploring how capacitance and ESR are affected over time and under various test voltages and temperatures, which are used to mimic harsh-environment operating conditions, this case study also employs some general, industry-standard mathematical formulas that have been verified through more than a dozen years of electrochemical device testing. For example, the failure rate (F) has been shown to follow the relationship:

in which “V” is voltage, “n” is the voltage exponent, “Q” is the activation energy as measured in electronvolts (eV), and “k” is the Boltzmann constant.

AVX’s SCM Series supercapacitor modules were subjected to the following test procedures. In contrast to many other commercially available supercapacitors, SCM Series supercapacitors are self-balancing and, as such, do not require the use of any additional circuit balancing techniques to be arranged in series and achieve higher voltages. Introduced to the market in October 2016, SCM Series supercapacitor modules are comprised of SCC Series cylindrical, electrochemical, double-layer supercapacitors that are arranged in series and manufactured using a core-matching technique that combines capacitors with similar capacitance, ESR, and leakage current values as measured when the charging current reached an asymptotic value, or after approximately 72 hours of test time at room temperature. As validated by more than 4,000 hours of testing data, the core-matching manufacturing technique used to develop SCM Series supercapacitors equips the series with optimal hold-up, energy harvesting, and pulse-power-handling characteristics, including very high capacitance (0.47–15F), extremely low ESR, (as low as 35mΩ at 1KHz), low leakage (2–90µA), high energy density (0.51–3.43Wh/kg), and high-reliability, the long-lifetime performance of 500,000+ charge/discharge cycles.

SCM Series supercapacitors rated for 5V, 5F, and a maximum operating temperature of 65°C (part number SCMT22C505PRBA0) were tested at various applied voltages at 85°C for 4,000 hours. As indicated in the graphs below (Figure 3), the results of this test clearly demonstrate that as the voltage decreases, the rate of change in capacitance gradually drops off and that ESR values become stable with time. However, the graphs also illustrate that, since the operating temperature for this test (85°C) exceeded the parts’ maximum rated operating temperature, they suffered a catastrophic failure at full rated voltage and 85°C, which further underscores the critical importance of matching supercapacitor performance capabilities with the operating conditions of the application at hand, and particularly in terms of voltage and temperature.

Figure 3: This pair of graphs illustrates capacitance vs. time (left) and ESR vs. time (right) for the self-balancing SCMT22C505PRBA0 SCM Series supercapacitor at 85°C and full rated voltage (5V) for 4,000 hours.

In another test, data revealed that reducing the rated voltage to 90% (4.5V) significantly bolstered the part’s durability (Figure 4). Although the 5V/5F part experienced a 30% loss in capacitance after just over 3,000 hours and began to demonstrate a gradual increase in ESR at that same point, it’s safe to conclude that the SCM Series supercapacitor under test is capable of operating at 85°C for 3,000 hours at 4.5V.

The same 5V/5F SCM Series supercapacitor nearly passed the 4,000-hour test with operating conditions set at 85°C at 80% rated voltage (4.0V). While the ESR curve for this test demonstrates an encouraging, albeit lagging rise, capacitance diminished after 3,000 hours of testing (Figure 5).

At 70% of rated voltage (3.5V) and 85°C, the 5V/5F SCM Series part passed the 4,000-hour test with flying colours, achieving an asymptotic capacitance curve, which indicates the slow and stable degradation of capacitance and exhibiting stable ESR (Figure 6).

In addition, when an unbalanced 5V/0.47F (SCMR14C474PRBA) SCM supercapacitor was tested at full rated voltage and 70°C for 4,000 hours, capacitance over time also achieved an asymptotic curve (Figure 7).

When similar to the SCM Series test depicted in Figure 6, a 2.7V/10F SCC Series supercapacitor (SCCS30B106SRB) was tested at 70% rated voltage (1.9V) and held at 85°C, it also easily passed performance requirements regarding ESR over time (Figure 10).

Based on the data gathered from the various testing procedures conducted during this case study, AVX’s SCM and SCC Series self-balancing supercapacitors operate well within rated specifications at elevated temperatures and exhibit unique characteristics that enable their use at or below 4V and 85°C for up to 4,000 hours. These proven performance capabilities have important implications for the future of industrial and consumer battery technologies because they provide adequate evidence of the technology’s long-term reliability in parallel with primary and secondary batteries.

Test data applied to the industry-accepted failure rate equation (as noted above in SCM and SCC Series Supercapacitor Case Study Test Conditions) also indicates that, when operated within a more typical temperature range for battery applications (25°C to 45°C), SCM and SCC Series supercapacitors can provide high-reliability, long-lifetime performance for more than 20 years. Due to the impressive performance capabilities that these self-balancing supercapacitors demonstrated under test, engineers can feel confident designing them into the hold-up, energy harvesting, and pulse-power handling circuits of an extensive range of industrial and consumer electronics applications.