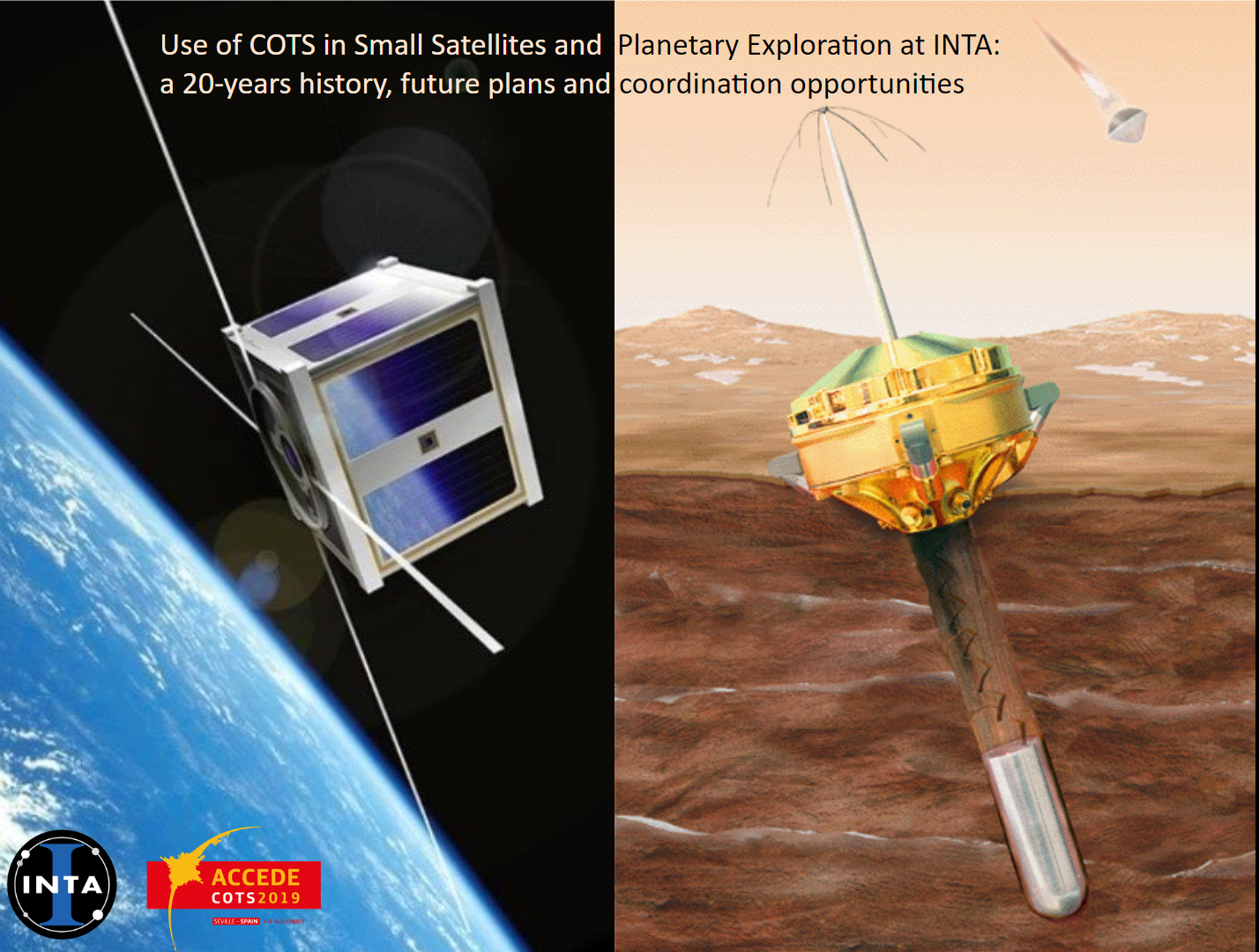 Use of COTS in Small Satellites and Planetary Exploration at INTA: a 20-years history, future plans, and coordination opportunities

A roadmap was defined long-ago aimed at the selection, qualification and screening of selected candidate parts, later used in the development of real flight hardware. Our own internal program of Small Satellites was the best test bed for final in-orbit demonstration of commercial technologies as well as COTS-based architectures and novel concepts (such as distributed computing or intra-satellite wireless data transmission). After the experience gained with those LEO platforms (4 of them from 2004 to 2013), a step-forward was taken by introducing the use of COTS into several scientific sensors developed for different Mars exploration missions (Schiaparelli lander, Mars 2020 Rover and ExoMars 2020 Surface Platform). This new scenario extended the environmental requirements beyond the most usual thermal ranges, as it required survivability to thousands of thermal cycles from -135ºC to +45ºC.