Alter Technology has been working together with CONAE, INVAP and VENG providing engineering, testing and logistics services in the supply and quality control of the highly reliable electronic components used in the SAOCOM project. In addition to these activities, the company has made an exhaustive control of the manufacturers during the production of the components and has been supporting in the search of solutions to the technical and logistical problems encountered during the manufacture of the components or the integration of the same in the teams.

The satellite SAOCOM 1A, is the first of two identical satellites where it covers the development of active instruments operating in the microwave range.

Put into orbit these satellites comes from the Argentine Government. Developed, manufactured and built in the southern country, by the National Commission for Space Activities (CONAE) together with the National Atomic Energy Commission (CNEA), the Argentine Institute of Radio Astronomy (IAR), INVAP (Applied Research) and some technological companies where Alter Technology is named.

It should be noted that the two SAOCOM satellites are included in the SIASGE System, which is composed of the four Italian COSMO – SkyMed satellites plus the two Argentine satellites. 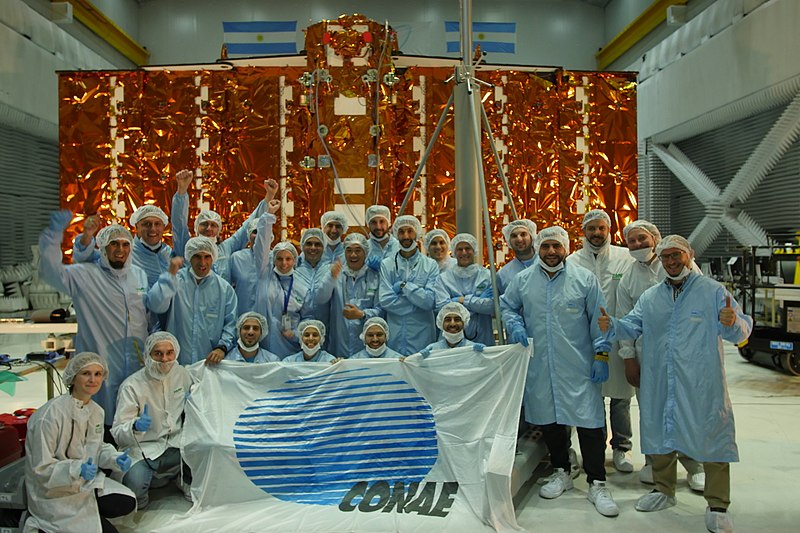 Service platform and radar antenna of SAOCOM 1A covered by thermal blankets at CEATSA / INVAP. 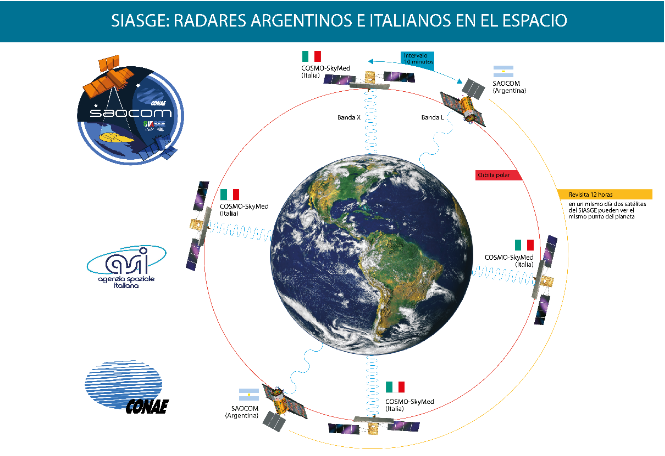 The main objective of SAOCOM 1A and for which this satellite of more than 3 tons is launched into space, is to observe the Earth and operationally obtain measurements of soil moisture, so that emergency applications, such as the detection of spills of hydrocarbons in the sea or monitoring of flood coverage. But we can also talk about agrarian objectives since it will allow this sector to benefit from the images, about 200 per day, that the satellite will collect from space.

Objectives of  SAOCOM 1A

This first satellite was launched into orbit from the Vandenberg Base on October 7h of 2018. The second is foreseen on March 2020, of the United States Air Force, on the coast of California, by the Falcon 9 rocket, from SpaceX. The main objectives of the mission corresponding to the SAR space radar capabilities (Synthetic Aperture Radar – or “synthetic aperture” -) polarimetric band developed by Argentine engineers to operate onboard the SAOCOM satellites:

It is expected that soil moisture maps will be obtained over an area of ​​more than 83 million hectares of the Pampas region of Argentina in short periods of 6 days. Due to the importance of these maps for the agricultural sector, they are called strategies since they have an important socioeconomic impact.

The central applications to this project can be divided into three, where two of them are directed to agriculture and a third to hydrology, of which the following general objectives should be highlighted: 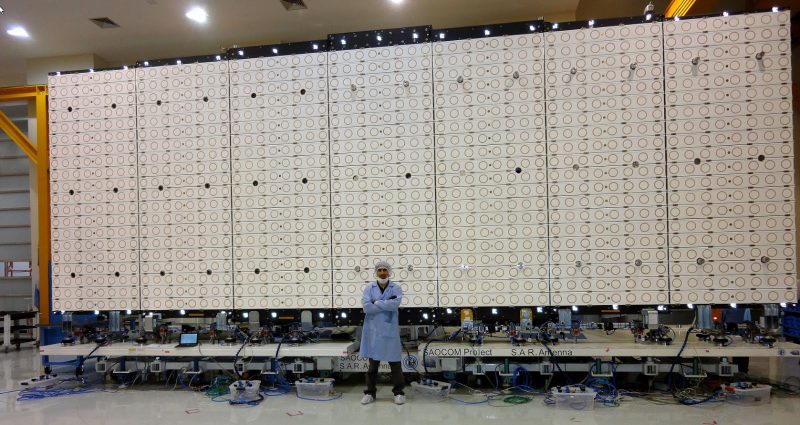 Other characteristics of SAOCOM 1A are detailed below:

The operating modes are classified as:

The available polarizations are:

The available acquisition modes are:

All acquisition modes in the Simple, Double and Quadruple (Full) polarization modes are operational. The TOPSAR Wide mode with Compact polarization corresponds to a technological mode. 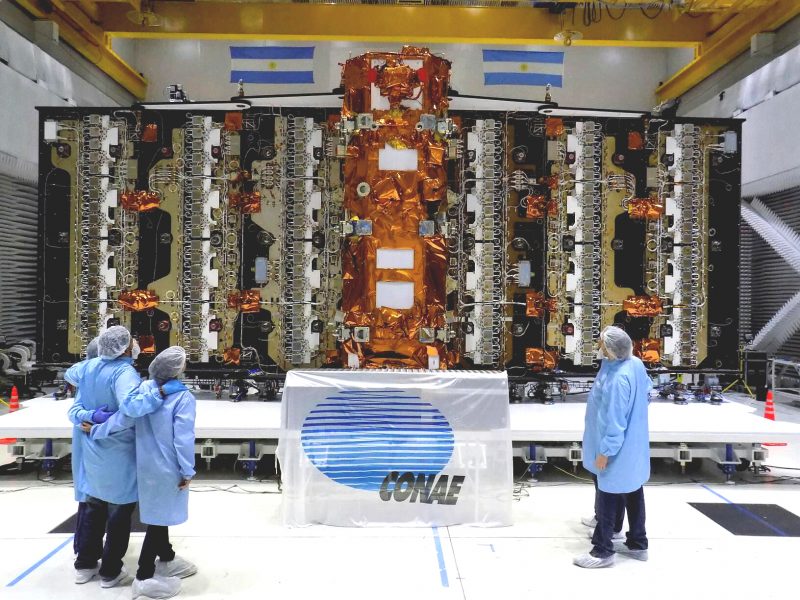 SAOCOM 1A with the radar antenna deployed in CEATSA / INVAP