ALTER TL-FP3421 provides an efficient way to control and monitor the current status of a 19” Galileo COTS-based system with three LEDs, and one more LED indicates if the system is power supplied or not.

The LEDs status represents up to 16 main different status according to customized truth status table. More number of states could be available by using different LEDs ON at the same time.

Front Panel unit monitors the equipment running status and, optionally, it turns on/off the system by managing the power electrical.

It also monitors the presence of power in the system and is provided with a tester button for checking that the three status LEDs are operative.

In the front panel there’s also a single SW shutdown button, and the main power switch, for some model versions (v1 and v2)

In rear side there are 4 AC connectors, one earthling point and one DB25, DB9 or USB connector for data connections.

The LED test button verifies the correct operational status of each LED.

The LEDS are based on an internal PAL memory, programmed according to a truth table to show the following equipment status:

Polarized AC connectors prevent the short-circuit of the charge  providing at the same time fast and easy replacement of a Front Panel unit.

An additional push button to invocate the shutdown of SW system’s procedures, previous to electrical shutdown, is available. 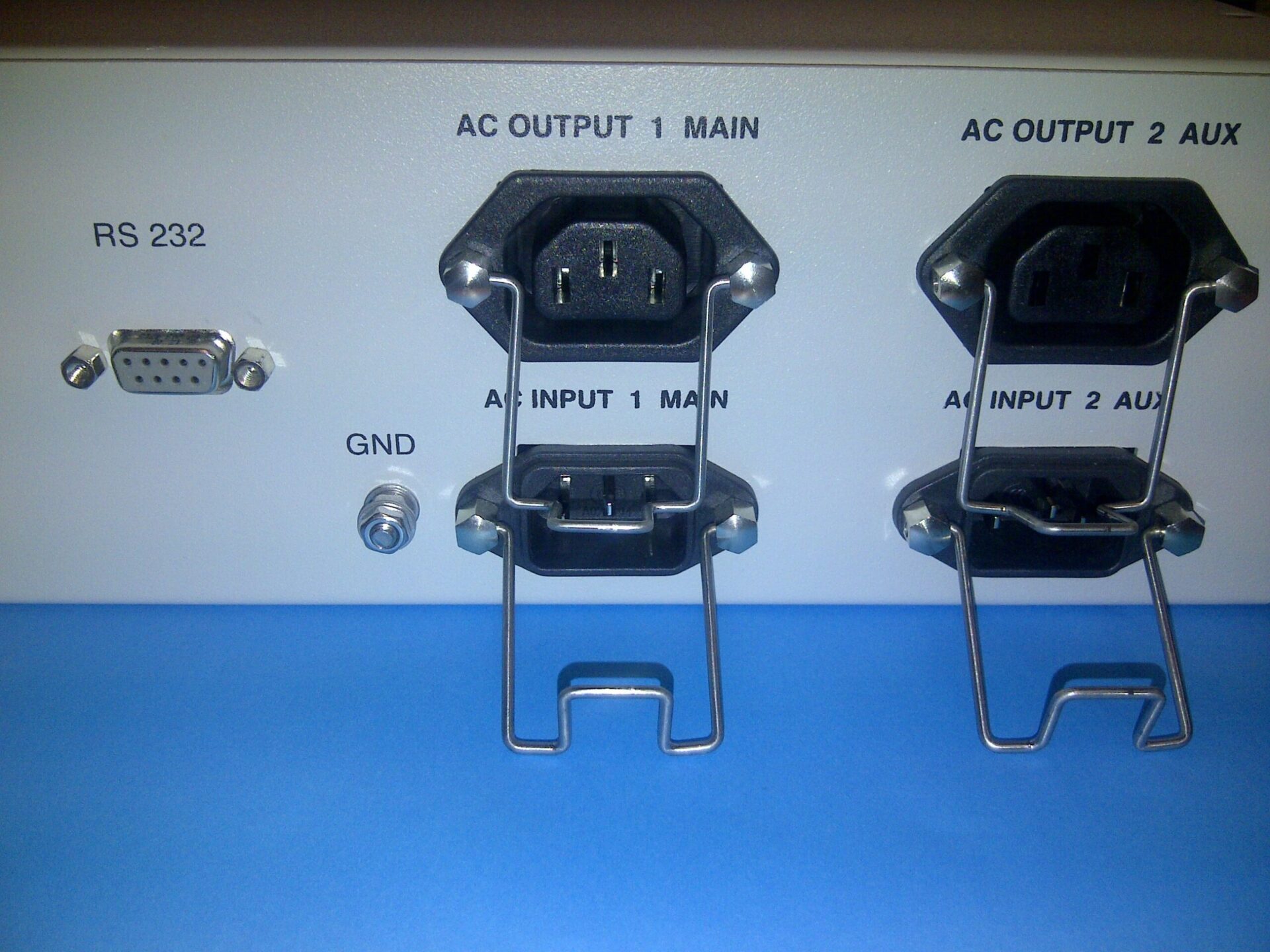